Every time Ronnie Ortiz-Magro breaks up with Jen Harley, the world breathes a collective sigh of relief.

And by "the world," we mean Jersey Shore fans, and by "breathes a collective sigh of relief," we mean "stops screaming, ‘RAHN, STAHP!’" every time they see a new headline with Magro’s name in it.

Unfortunately, Ron and Jen keep getting back together.

And that’s bad for so, so many reasons.

For starters, this situation is so volatile and dangerous that it makes Ron’s relationship with Sammi Giancola look downright stable and healthy by comparison.

By now you probably know some of the lowlights of Ron and Jen’s relationship.

The time Harley dragged Magro with her car and left him hospitalized springs to mind as a particularly egregious example.

To be fair, the couple’s latest dispute isn’t quite that ugly.

But these two are still beefing endlessly and airing their dirty laundry on social media.

“I’m sorry but if you go away for 6 weeks to become a better boyfriend, father, person, etc to work on your family but you choose to cancel all of our plans on Valentine’s Day so you can appear on a dating show bc you need the money that bad over your family…you’re a joke,” Jen shared on Instagram Stories.

“How did you better anything? You continue to put us back in the same position by doing the same things that put us there in the first place," she added.

Yes, Jen really got that mad at Ron for canceling their date plans for a work engagement.

Granted, that work engagement involves appearing on a dating show, but Ron’s a professional reality star.

No one’s hiring dude to be an office manager at this point.

Interestingly, Ron has yet to clap back at his baby mama on social media.

But according to Hollywood Life, privately, he let her know exactly how he feels.

"He’s so frustrated with Jen and all the extreme drama. And, he’s pissed about what she posted on social media,” a source tells the site.

“He hates that she put up those messages. It’s so disrespectful."

Not surprisingly, it seems Ronnie has quite a bit of damaging information about Jen that he has yet to make public.

And it seems he’s informed her that if she keeps up the shenanigans, he’ll be letting all of her skeletons out of the closet.

"Ron has plenty he could post about Jen, but he is holding back for now," says the insider.

"He’s really trying to improve himself and stay out of the drama.”

So despite Jen’s claims to the contrary, it seems Ron is trying to improve himself.

It might not make for the most interesting television, but we’re very glad to hear this dude is doing some soul-searching. 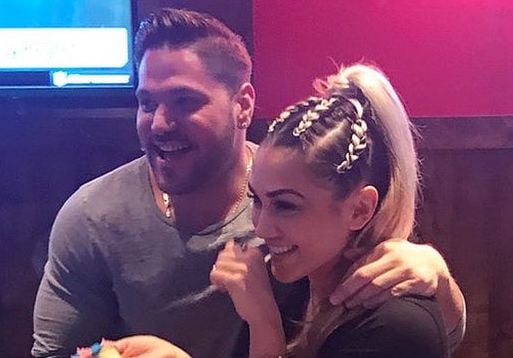