Now that they’re back together, Offset doesn’t want to lose Cardi B again.

But it takes more than expert pipe-laying and avoiding groupies to make a relationship truly successful.

In a new interview on "The Breakfast Club," Offset opened up about his desire to not upset Cardi.

When asked if he was afraid of losing her again, he replies: "For sho! Yeah!"

But he explains that the two of them are working through their challenges.

"You gotta go through steps and different things so we can grow," he reasons.

And one tool has been majorly helpful in helping them to process their relationship: marriage counseling.

But don’t expect to see Offset and Cardi B appear on Marriage Boot Camp: Celebrity Edition any time soon.

"Not on the TV though," Offset clarifies. "Real behind the scenes."

He explains that he and his wife are working on "getting to know each other."

As has been demonstrated time and time again, reality television is an okay place to meet someone, but a terrible place for relationship growth.

Real marriage counseling, Offset explains, is "getting to know who you’re with and appreciate them all the way around."

Charlemagne the God then asks for clarification:

Did Offset and Cardi finish with their marriage counseling? Is everything fixed now?

Offset replies that no, it’s really more of a process.

He and his wife are "Working through it," Offset answers.

In other words, he’s serious about staying with his wife, and that means that he doesn’t want to be complacent or just rely upon wishful thinking.

Of course, the primary impetus behind Offset and Cardi B’s separation last year wasn’t some sort of mystery.

It also wasn’t an emotional death by a thousand cuts.

Offset was banging other women.

Cardi had just brought Kulture into this world, but she gave her cheating husband the boot.

There are women in this world who would be happy to have a rich rapper husband who sleeps around.

Cardi, one of the most talented women on the planet, is not one of them.

Offset was very lucky, because Cardi decided to give him a second chance.

First of all, some had felt that Cardi was always out of Offset’s league. That’s … really between her and Offset.

Secondly, Cardi was very blunt about why she was giving him a second chance.

After their first reunion, she explained that his dick game was out of this world and that she had missed it too much.

Finally, a lot of fans fear that Cardi truly believes that Offset is the only man who could truly love Kulture as a father.

Obviously, that is untrue.

This is about Cardi and Offset.

And it sounds like they’re taking their marriage seriously.

Hopefully, history will not repeat itself. 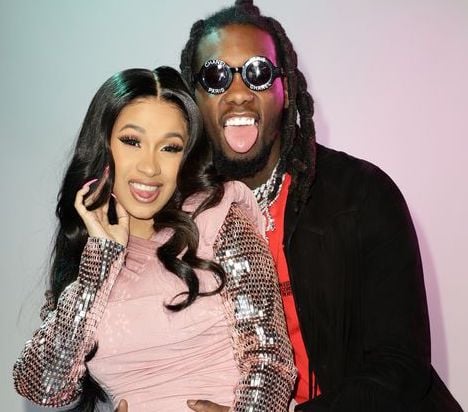