This week, Jussie Smollett returned to work on Empire after surviving a brutal hate crime beating.

The creators and showrunners of the hit television series are praising his strength and attitude.

Here is what they had to say about Jussie’s recovery.

Mahoney spoke to Fox News about Jussie Smollett’s recovery from the brutal and bigoted attack that he endured.

"I think again, he spoke at the Troubadour during his performance on Saturday," he notes.

So, Mahoney explains, "you know he’s getting better and he will be."

"He’s not there yet," he admits. "But he’ll back to his old self because he’s strong and you can’t diminish his spirit."

Mahoney refers to Jussie’s statement over the weekend, affirming that he will stand strong in the face of hate.

"Let me start by saying that I’m OK,” Jussie affirmed to his fans.

"My body is strong but my soul is stronger," he assured the audience. "More importantly I want to say thank you."

The numerous declarations of love and support for Jussie has been a heartwarming thing to behold.

Jussie gushed: "The outpouring of love and support from my village has meant more than I will ever be able to truly put into words."

Words can really be uplifting, even when someone is frightened, angry, and hurting.

He did address a more negative side of the coverage of him and the vicious attack that he endured.

"Despite my frustrations and deep concern with certain inaccuracies and misrepresentations that have been spread," he began.

He concluded: "I still believe that justice will be served."

Conspiracy theorists immediately latched onto his story, not wanting it to be true.

Though police released photos of the two suspected assailants, some have falsely claimed that there’s no footage of them anywhere.

The truth is that the beating of a black gay man by assailants who referred to "MAGA country" makes a lot of people uncomfortable.

It would be more politically convenient for some of Jussie had somehow managed to attack himself.

Mahoney had more to say about Jussie and the brutal attack that he endured.

"The attack on Jussie, because he is such a beloved member of our family – hurt us all very hard," Mahoney continued.

"But, Jussie is a proud gay black man," he affirmed.

"And I don’t know whether the cowards who attacked him were trying to beat the gay, the black, or the pride out of him," Mahoney admitted.

"But that’s impossible because he’s strong," he noted.

"So," Mahoney concluded. "We’re happy that he is back at work and he’s happy to be back at work."

"Anything you want to know about Jussie," Strong said. "You can see from his statement when he performed on Saturday night.

He noted that Jussie had come out "with a statement of defiance for what happened to him."

"And," Strong continued. "A statement of love."

Strong went on to mention that Jussie has always had this underlying strength.

"And he’s truly a very special person," Strong said. "Which is how he got cast as Jamal."

This wasy, he explained, "because we needed someone who was special to play that part, and it was him."

"So," Strong concluded. "I’m not surprised at all by the class and the poise of his response to what’s happened."

It’s good that, at the very least, Jussie is surrounded by a powerful and caring support system. 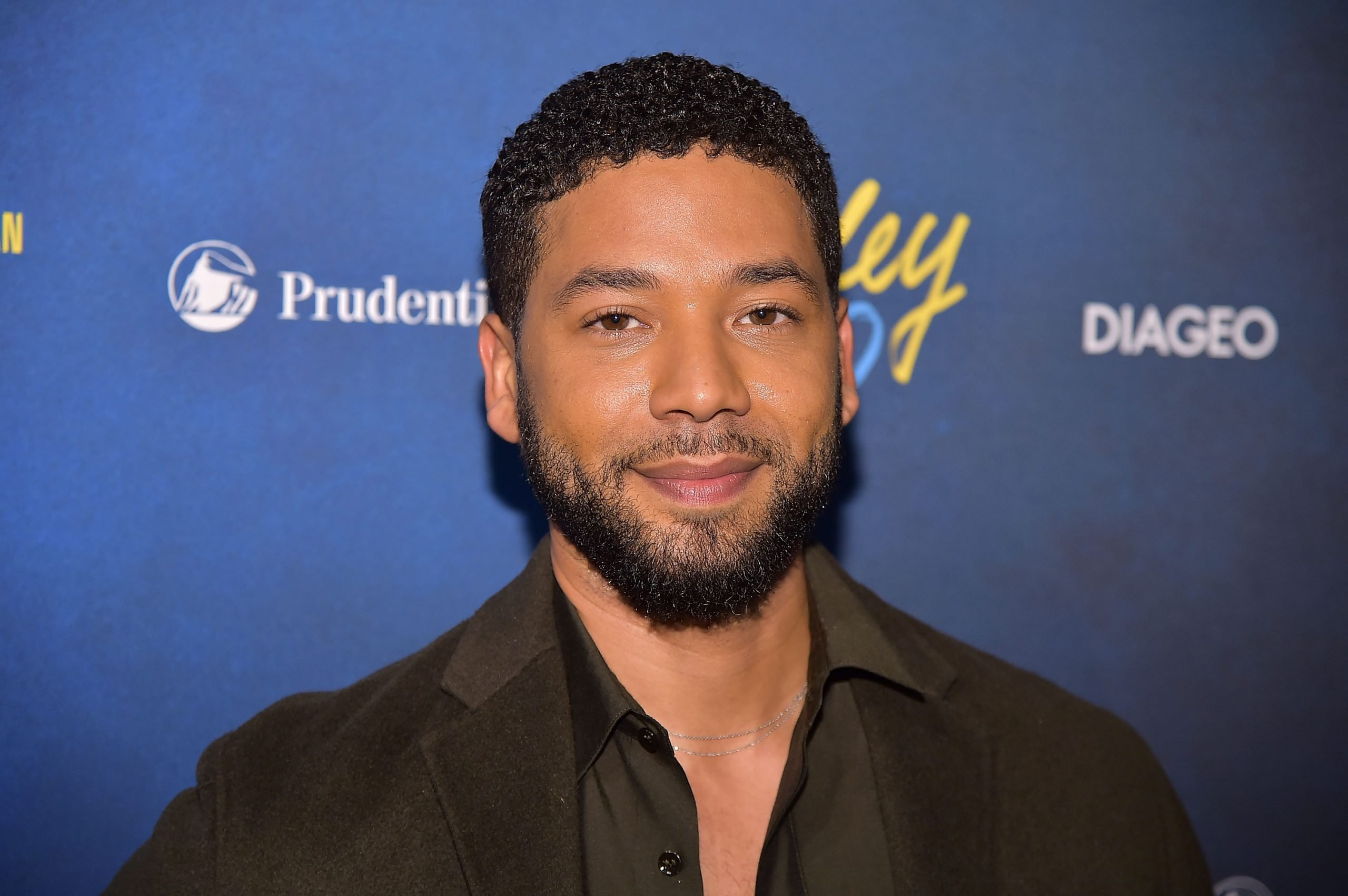