The 35-year old was targeted in a clear hate crime this week by two black-clad, masked men in Chicago’s Streeterville section near his home; they broke his rib, tied a rope around his neck and poured bleach all over him.

Smollett was treated at Northwestern Hospital and remains in stable condition.

He told authorities that the men screamed something about "MAGA country" during the assault, a reference to Donald Trump’s Make America Great Again slogan.

Now, the cops have released a statement to accompany a couple photos they took off surveillance videos in the area.

The photos depict two men walking on New Street near the intersection with E. Illinois Street between 1:30 AM and 1:45 AM on Tuesday.

They’re approximately a block from the Subway restaurant Smollet had gone to Tuesday morning, roughly halfway between the restaurant and Jussie’s home.

"Photos of people of interest who were in area of the alleged assault & battery of Empire cast member,” Chicago Police spokesman Anthony Guglielmi tweeted on Wednesday night.

“While video does not capture an encounter, detectives are taking this development seriously & wish to question individuals as more cameras are being reviewed."

The images here are not very clear, of course.

They were snapped from a distance and the suspects are not looking at the camera.

Still, however, it’s a break in the case and technology can be used to enhance the images.

"Given the severity of the allegations, we are taking this investigation very seriously and treating it as a possible hate crime," the Chicago police said in a statement after the alleged attack.

Smollet’s manager, Brandon Z. Moore, told police he was on the phone with Jussie during the alleged attack.

He told cops that he clearly heard the MAGA remark, as well as other racial and homophobic slurs. (Smollett gave out as gay in an interview with Ellen DeGeneres in 2015.)

Smollett himself has not yet commented in public about the incident.

However, we know he received a death threat in the mail eight days before the attack.

Guglielmi previously said police had widened their search of surveillance cameras in the area surrounding the site of the alleged attack.

He has described what authorities believe transpired as follows:

The victim goes to Subway just after midnight and on his way back, he was attacked by two men.

They were masked and wearing black clothing.

They called him an Empire … and they used a homophobic slur. They also used the N-word. They proceed to assault him, and they throw a chemical on him that may have been bleach, and put a rope around neck.

Guglielmi added that the actor returned to his apartment afterward and called his manager, who quickly made his way to Smollett’s home before taking him to the hospital.

“The manager goes to the apartment, and they agree to call police. The manager called us at 2:40 a.m.,” Guglielmi added. 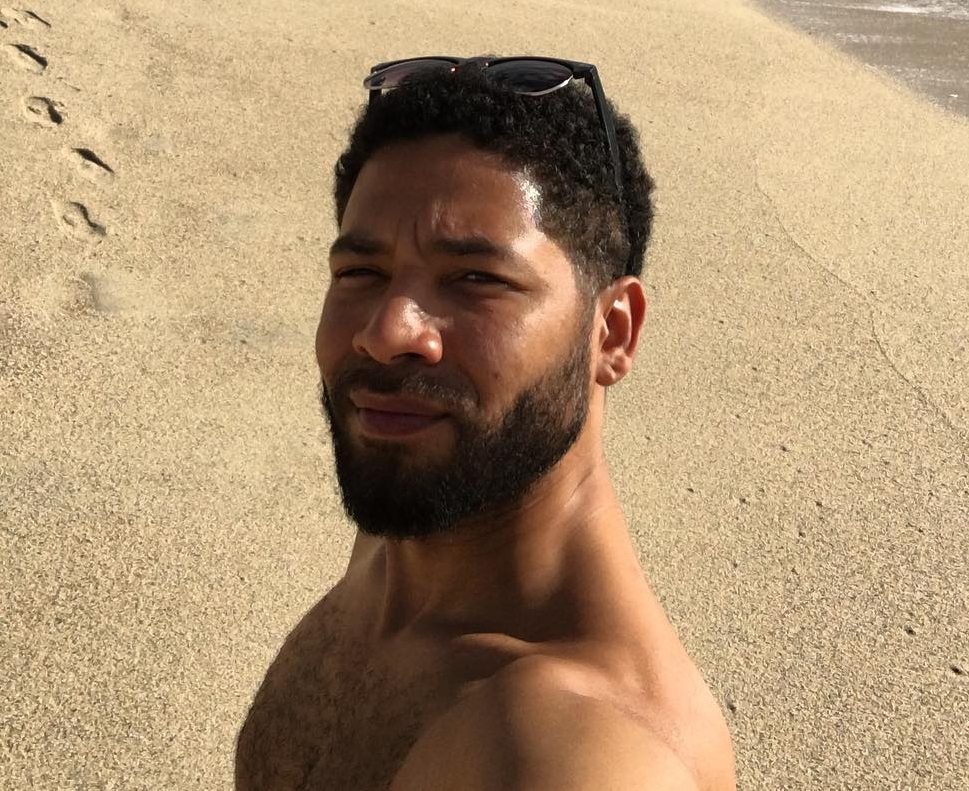 In the wake of this tragic event, many people in Hollywood have sent their best wishes to Smollett, while condemning racism and homophobia in the country.

Kevin Hart got slammed for doing so.

Two co-stars have now spoken out as well.

"Jussie’s anger will dissipate, and he will forgive these people for what they did," Terrence Howard says. "But he won’t, and we cannot, forget their actions. They have to be forgiven because it was done out of ignorance."

"Today, no one was caught sleeping. No one even took time to close their eyes and nap.

And then there’s this from Taraji P. Henson, who plays Smollet’s mother on Empire:

I wish what happened to my baby was just one big bad joke but it wasn’t and we all feel his pain right now. @jussiesmollett is pure love to the bone AND THAT IS WHY SO MANY ARE FEELING HIS PAIN BECAUSE IT IS OUR PAIN!!!

I tell you one thing HATE WILL NOT WIN!!!! My baby is resilient and love still lives in him.

The devil and his minions are very busy right now but one thing is for sure and two things are for certain #GODIS and that is all I know.

The love so many have him just goes to show HE IS LOVE!!!! I LOVE YOU MY BABY MY BABY!!!