Meghan Markle is very much used to criticism these days.

She’s receiving it from exiled staffers. From estranged family members.

And now, evidently, from random strangers in Great Britain.

On Wednesday, the polarizing Duchess of Sussex was was meeting staff, volunteers and beneficiaries at her new patronage, the animal charity Mayhew, when some stupid lady pointed at her baby bump.

By definition, of course, this means Markle has a baby growing inside of her womb and, therefore, isn’t overweight.

She’s just, you know, growing a human being inside of her.

But the former USA Network actress simply can’t catch a break these days.

Along those lines, multiple outlets have reported that a woman standing near Markle pointed at her stomach yesterday and yelled:

Lovely lady, you are! May the good lord always bless you…And you’re a fat lady.

Based on those words, it sounds like maybe, somehow, this was meant as a compliment.

Which is how Markle responded to it at least, simply replying to the lady: I’ll take it!

Heck, it may be the nicest thing anyone has said about the Royal Beauty in ages.

Earlier this month, another underling allegedly resigned, marking the approximately 79th time some staffer has chosen to walk away from Kensington Palace rather than work under Markle.

Prior to that, Meghan’s awful half-sister said some more cruel stuff.

Through it all, however, Markle has kept her head up in public and approached every situation with a smile on her face.

Just prior to this quasi confrontation with the sort of mean woman, in fact, Markle had a very nice exchange with a different lady in which she revealed her due date.

Markle and Prince Harry will be welcoming their first child (EVER!) in late April or maybe early May.

We can also confirm that they do not plan on finding out the gender prior to birth.

Many questions still remain, of course.

Will Kate Middleton wish her blood rival well after the baby is born?

Who will be the kid’s godparent(s)?

And what Royal name will be given?!?

All we can do for now is speculate. But that’s sort of fun in itself. Go ahead and hypothesize, readers! 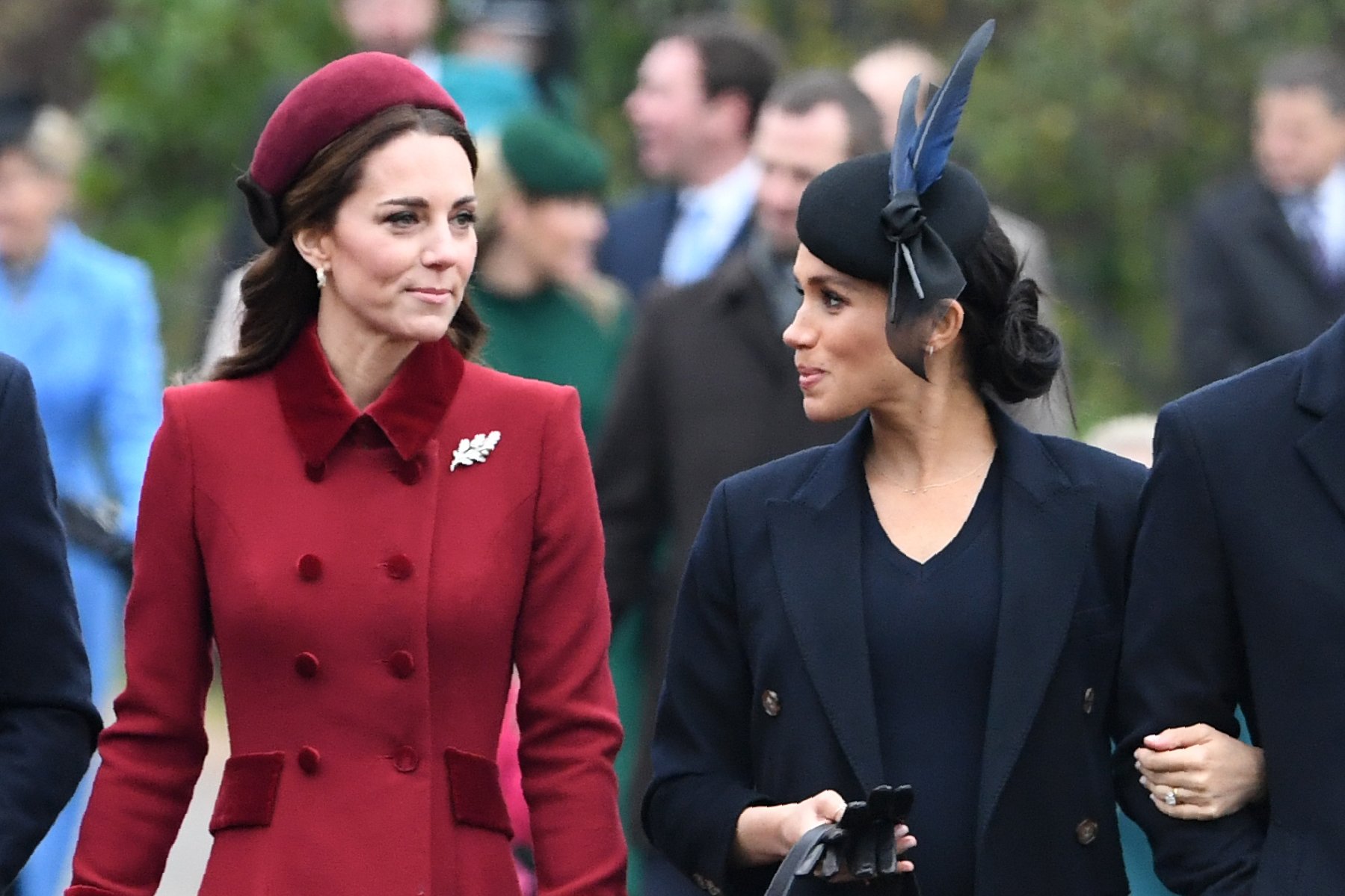