George Clooney has not been spotted publicly with his twins in almost 200 days, according to Radar.

While divorce rumors are all the buzz for the actor-lawyer duo, we notice that only Amal Clooney has been recently photographed with adorable Alexander and Ella.

An insider spills that "George and Amal have been arguing over their varying lifestyles."

You know, the one where the mom does all the work and the dad gets to travel for ‘work’ with his buddies.

While it’s hard to really know what’s going on in the very private Clooney household, there are some alarming signs that the two have had enough.

The couple – who wed on September 14, has not been photographed together since August 11.

Forgetting their fourth wedding anniversary and depriving us of their beautiful faces.

Amal even skipped out on George’s annual Halloween party for his Casamigos tequila in Las Vegas last year.

But, Amal has way more important things on her to-do list!

"She’s all business, he’s all play," says the insider. "They’re like oil and water. They don’t mix."

While Amal would be home in New York working AND taking care of the kids, George would be partying it up in L.A with his friends.

Let’s take a moment here to notice the transformation women have made since the ’50s stay-at-home’ mom type.

Not only is Amal a great mother, but she’s also a badass lawyer fighting for human rights – and does it all in style.

As much as I want George and Amal to mend their relationship (for the kids’ sake — and come on, who doesn’t like these two together?), we all know Amal will be just fine on her own if the situation calls for it.

And it sounds like that is a real possibility.

According to close insiders, the spouses have been living separate lives for a while now.

Amal even "fled from the couple’s marital home in England and set herself up in a new hideaway on the idyllic Italian island of Sardinia with the 20-month-old twins," Radar reports.

Not a bad runaway, I must admit.

While Amal is focusing on her children and staying out of the spotlight, George has been hanging out a lot with business partner Rande Gerber.

"George likes to be the life of the party. It helps take his mind off his troubles," says the source.

While the star may be a "no-show" dad lately, we don’t doubt his love for his two children.

When he became a first-time father he was 56-years-old. And he couldn’t stop expressing his love for Alexander and Ella.

"They’re born with personalities," George shared. "Ella is very elegant and dainty and she has these big beautiful eyes; she looks like Amal."

And as for Alexander – "He’s just a thug, he’s a fat little boy, he laughs louder than everyone in the room; it’s the funniest thing."

And if there is a divorce, it’s no surprise that George intends to always be a part of his children’s lives.

"He knows the best lawyers in L.A. and he could arm himself with quite the legal team to keep his $520 million fortune and the twins," says an insider from Radar.

Let’s just hope it doesn’t get that messy.

He knows who he would be going up against, right?

Please, let’s all cross our fingers for the Clooney’s and hope they continue to grace our feed for years to come! 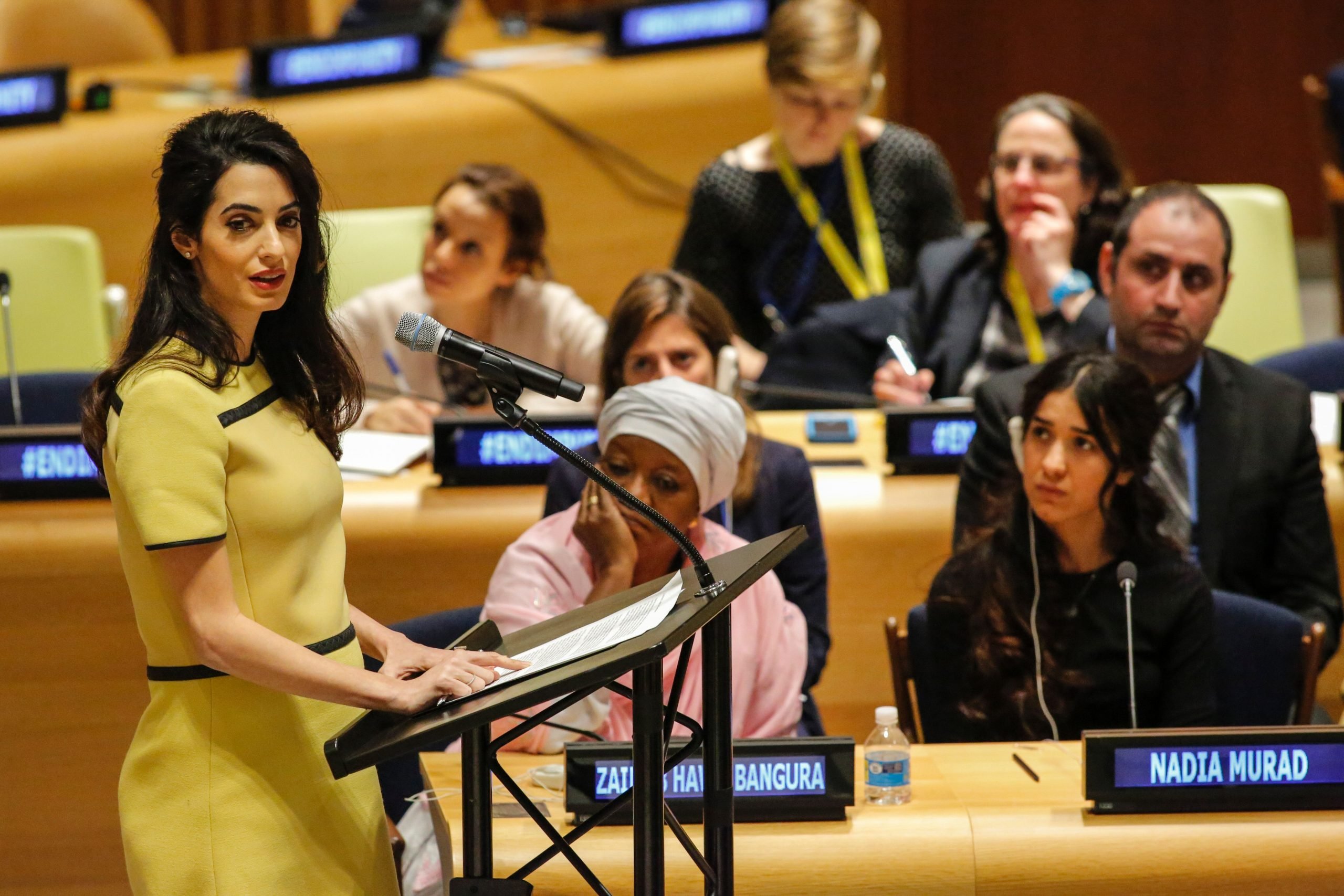 Amal Clooney Speaks Against ISIS, Magazine Can’t Get Over Her Baby Bump