Dakota Meyer may be happy he’s no longer married to Bristol Palin.

And he may be thrilled that a woman he once compared to cancer is out of his life.

But the former Marine and ongoing Teen Mom OG star would like to take one thing back he recently said about his ex-wife.

On the latest episode of this MTV hit, Palin called Meyer because she wanted them to finally act like "adults" during their break-up and keep the well-being of their children as a priority at all times.

But Meyer wasn’t having it.

Not the way Palin was approaching it.

"Pick up the phone, text me when there’s not cameras around," he shot back, accusing Bristol of not actually caring about her kids, only about the attention she’s receiving from the series.

"Show me that you’re gonna have genuine intentions and it ain’t just for the show to start some drama," he added.

This was somewhat of a strange response, considering Dakota and Bristol both signed up for a reality program.

Did Meyer expect the program not to chronicle their marital struggles?

Did he think their arguments were off limits for some reason?

Shortly after the installment aired, Meyer shared a photo on Instagram of his former flame reading to her two daughter, Sailor and Atlee, and included with it a caption that served as a mea culpa.

“Regarding my comment tonight on @teenmom insinuating that Bristol has put anything before the kids was wrong and tasteless,” he wrote, adding:

“It’s the furthest thing from the truth and I apologize to her and the kids for that.”

That’s nice to read, isn’t it?

Especially when you consider all these two have said about each other since they agreed to star on Teen Mom OG.

For example, asked several weeks ago, what life has been like without Bristol in it, Meyer said he feels far more relaxed; that his PTSD symptoms have died down; and that he feels far less anxious overall.

“When you get rid of the cancer in your life, you can go live,” he said this week about the situation.

Meyer also made headlines back on December 4 for trashing the hit MTV show as “trailer trash” on Twitter and suggesting that it doesn’t showcase “what single parenting looks like.”

“It’s time to call it what it is @teenmom parenting is way more than everyone sitting around bitching about their ex’s," Meyer complained.

And Bristol has actually now echoed this sentiment.

She posted a lengthy Instagram caption yesterday that took producers to task for creating "false narratives" around her, alleging they were trying to paint her as a Farrah Abraham-type of villain.

What did she and Meyer expect when they agreed to be on Teen Mom?!?

Sharing a picture of her and her two kids (Sailor and Atlee with Meyer; and a son named Tripp with ex-fiance Levi Johnston), Palin whined as follows on her social media account:

If I cared what people thought of me, I wouldn’t be here today — let’s be real. I’ve stood strong and held it down for my kids since day one.

No matter how bad @teenmom tries to portray my ‘life,’ ….. my babies, my family, my close friends — they know the TRUTH.

@mtv doesn’t want to talk about faith, show work ethic, or juggling three kids alone, they don’t want to show the humble process of starting over after a divorce, building a career, or any real life issues.

All they want with my little segment each week is some fake fill-in Farrah Abraham/Jerry Springer BS, and it’s simply not true.

Don’t get me wrong – I’ve said some mean things and learned a lot the last several months – but the life I’ve built for my kids is NOT sitting around talking about baby daddy drama.

Every week is a combined disappointment with their inaccuracies and false narratives.

I hate getting all emotional on you guys but I’ve kept quiet for too long about it. Don’t believe everything you see on TV. 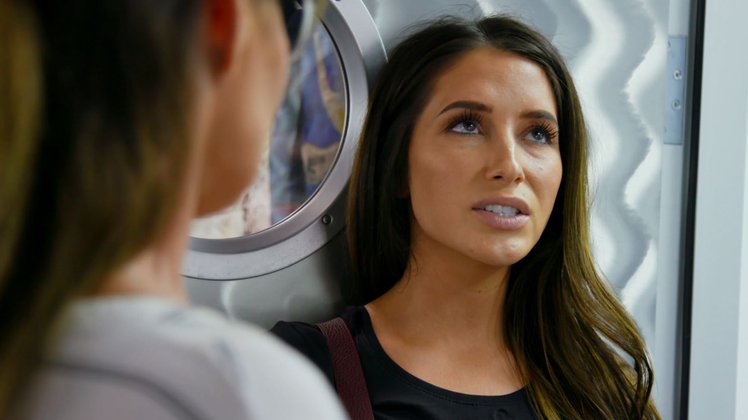