If you want to begin your 2019 with some solid nightmare material, know that a nude photo of Colt Johnson leaked.

After so recently condemning 90 Day Fiance fans as "internet hobos," Colt is again lashing out at those mocking him.

He’s lecturing fans … but also trying to cash in.

Colt’s leaked nude photo does not actually divulge any relevant information about him.

(Seeing a limp balloon doesn’t tell you its size when inflated, please do not make me spell this out)

That did not stop 90 Day Fiance fans who already disliked Colt for his cheating and generally douchey attitude from poking fun at him.

Colt has enough, and rants: "I think people are forgetting that what happened to me was technically a crime."

"I made mistakes in my relationship," he admits. "And I’ll have to atone for them sooner or later."

"But," he writes. "That doesn’t mean you can release explicit images or video of ANYONE without their permission."

Colt is absolutely right about that. Leaking someone’s nudes without their consent is never okay.

"Regardless of your opinion of me," Colt syas. "If you are obsessed with someone to the degree that some of you are."

He continues: "then maybe it’s best you re-evaluated your life."

Perhaps he mistakes a few moment of unkind laughter as obsession because it comes from so many people.

"I’ve made a ton of mistakes," he also correctly states.

"But," Colt says. "Maybe you should focus less on ways to hurt people or humiliate them."

Colt doesn’t usually try to humiliate people. (He’s great at doing it by accident, though!)

"And," Colt suggests. "Try to be a better person."

"We are all humans," he says, which sounds supiciously like something that a robot would say.

"And," Colt writes. "We have all made mistakes and act foolish."

Most of us haven’t made cheated-multiple-times-on-my-wife-and-kept-doing-it-after-she-caught-me mistakes, but sure.

He now intends to turn over a new leaf and hopes that fans will just magically forget all of his wrongdoings.

Colt promises: "I personally will try to be a better person."

He then asks: "What about you?"

But we have to say that Colt’s words here remind us of some other things that he’s said.

One of his alleged mistresses with whom he was so recently cheating on Larissa shared some of their alleged messages.

"I am trying to say I can’t change my past but I want my future with you," Colt appeared to tell her in one message.

The text continued: "I think I am falling in love with you, but that’s very embarrassing for me to say."

As you may recall, that same alleged mistress told blogger John Yates exactly why she shared those text messages.

"The reason I am doing this is [for] the following," she wrote.

"I believe, based on multiple conversations with Colt, that he had malicious intent to divorce his wife," she shared.

We had heard that he was telling women that he and Larissa were already secretly divorced.

Larissa herself expressed — and then deleted — the fear that Colt was just using her for 90 Day Fiance fame.

Colt had "made comments in regards to her children," to the mistress. Larissa has children who live in Brazil.

"And," the mistress shared. "Went as far as to mock Larissa after she made endangering comments towards herself."

That said, Colt has been trying to capitalize on the dick pic that circulated.

In the photo — as you know, if you had the misfortune of seeing it — Colt is wearing a red tee-shirt.

(He’s only wearing a red tee-shirt)

He is now offering to sell 2-inch-by-2-inch squares of that tee-shirt to fans for $50 each.

We know that 90 Day Fiance doesn’t pay what people think, but … that’s a hell of a choice.

At the very least, he should be calling it his Coltee-shirt. 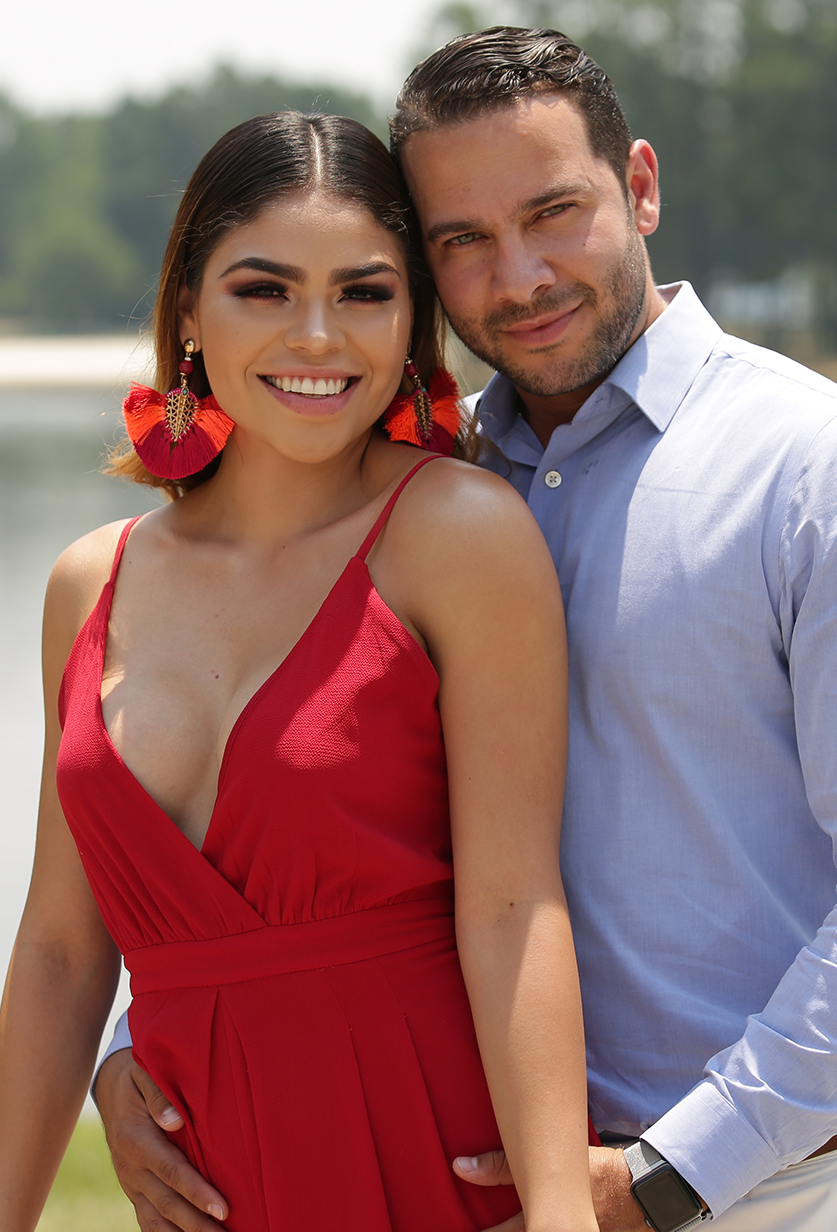