According to a new report, someone out there thinks Meghan Markle has a pretty serious attitude problem.

And here’s the thing:

That someone is NOT Meghan Markle’s half-sister.

And it’s not Meghan Markle’s father, either.

An insider tells The Sun that Markle wanted to wear a tiara with emeralds on her big wedding day back in May, but she was told this was an unacceptable choice.

Meghan had her "heart set" on this accessory, writes Robert Jobson in his new book, and she "hit the roof" when the Palace denied the request.

“The provenance of the tiara could not be established. There were concerns it could have come from Russia originally," explains a source on why Markle was unable to don the item.

This same source adds that Queen Elizabeth herself was none too pleased with her pending daughter-in-law’s reaction to the flap.

“There was a very heated exchange that prompted the Queen to speak to Harry," claims this report.

"She said, ‘Meghan cannot have whatever she wants. She gets what tiara she’s given by me.’"

This is how Markle ending up rocking a diamond and platinum bandeau tiara when she exchanged her vows on May 19.

The book goes on to detail how the Queen also wondered why Meghan needed a veil for the wedding, given it was to be her second marriage.

"The message from the Queen was very much Meghan needed to think about how she speaks to staff members and be careful to follow family protocols," alleges this insider, who says Markle has been accused on numerous occasions of mistreating employees at the Palace:

"Meghan can be difficult. She has very high standards and is used to working in a Hollywood environment."

The implication is somehow that the environment on the set of the USA Network drama Suits, on which Markle starred for seven seaons, was more professional/formal than the environment at Kensington Palace.

Throughout her time in the spotlight as Prince Harry’s girlfriend, fiance and now wife, Markle has mostly received rave reviews.

She seems very respectful and comes across as a very positive presence in general.

But she has run in to a few problems of late, from accusations that she sucks at bowing on a national stage to allegations that she far too often thumbs her nose Royal Protocol.

And her terrible relatives, of course, think she’s a phony liar.

Jobson’s book is titled "Charles at 70" and mostly focuses on the life of Prince Charles.

But it does touch on the relationship between the Queen and Markle and says while they clash on occasion, as documented above, they get along at other times because they both love dogs. 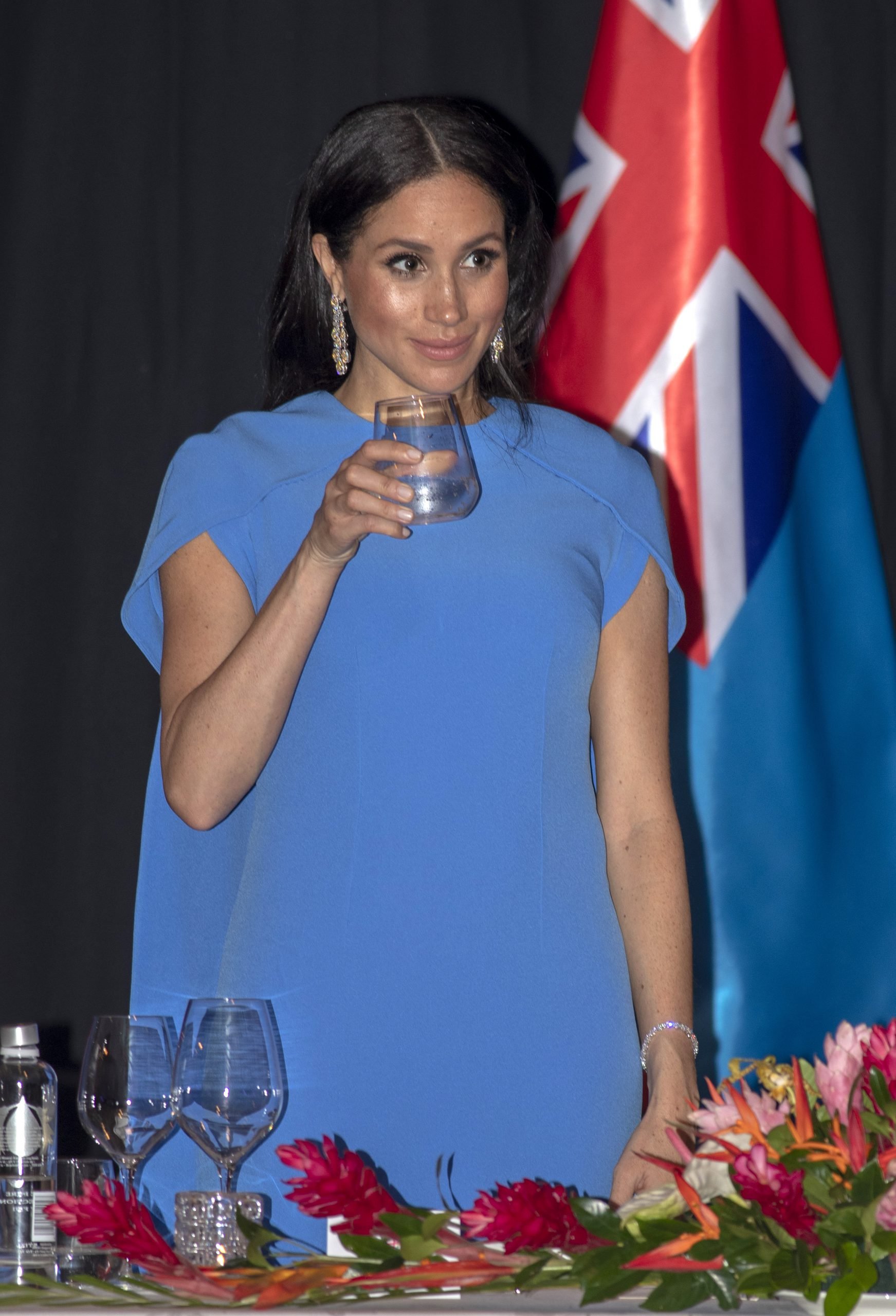