Things for 90 Day Fiance stars Colt and Larissa took a somewhat scary turn after Larissa was arrested for domestic battery.

Her arrest followed an argument in which she locked herself in the bathroom and begged her followers for help.

Now, however, she’s out on bond, and she and Colt want to assure everyone that everything’s fine, actually.

After being released on bond, Larissa put out a statement on her Instagram Story.

"Thank you for the support and love," she says. "I am safe and resting."

“The past 48 hours have been the most difficult in my life," the 31-year-old Brazilian woman admits.

"But reading the messages from all of you has made me smile," Larissa writes.

Upon her return to Instagram, Larissa changed her frantic-cry-for-help bio so that it read "survivor."

That, particularly from someone who is not a native English speaker, is very cryptic.

She has since changed the profile on her still-private Instagram to something more general about how she’s a 90 Day Fiance star.

Larissa also shared the above photo of her and Colt at an aquarium.

"People are asking about me and Colt, sending message to him (I read everything)," she writes in the caption.

Larissa affirms: "We are together and strong. We just choose [to not] expose it."

What she means by that is that they have decided to not go into detail about what went down — not yet, anyway.

For his part, Colt decided to take aim at people who were trying to figure out what happened between them.

Colt continues: "They are simply people that spread misinformation, lies, and chaos to make themselves look important."

"They are nothing and will never be relevant," Colt declares.

He and Larissa had both posted about what had happened between them, but it looks like he didn’t care for the people who were spinning theories.

Honestly, that message is a little hostile.

As we mentioned, both 90 Day Fiance stars — who were married last June — had spoken about the fight.

Larissa had claimed that she was upset with Colt for not being open about their marriage on social media.

She said that he’d brought home flowers but when they continued to fight, he’d knocked over shelves.

She then said that he’d deactivated her wifi and took her phone, which caused her to panic.

She hid in the bathroom and used a tablet to try to convince her followers to message Colt and tell him to reconnect her.

Larissa also expressed a fear that Colt would call the police.

Ultimately, it looks like someone — perhaps a fan — called the police.

"Larissa was arrested this afternoon," Colt shared on Instagram over the weekend. "She suffers from high anxiety and several [sic] depression."

"She overreacted to problems that do not exist," Colt claimed.

"I proceeded to deactivate her phone to try to defuse the situation. This escalated issues and matters became worse," he admitted.

Colt realized: "She felt this action was a threat towards her and tried to reach out for help."

"Not long after her cry was posted," he said. "The police came and knocked down the front door. They drew their guns at me and handcuffed me."

It sounds like both of them feared for their safety at one point.

"The police interviewed us," Colt said. "But not long after they decided to arrest Larissa.”

“No one was hurt and I did not press charges against my wife," Colt clarified.

"However," he explained. "It is policy in the state of Nevada that since we are in a domestic partnership, someone had to be arrested."

So that is Colt’s side of the story.

Even if no one was really hurt, everything about that sounds toxic.

We hope that nothing like it ever happens again.

Whatever went down, we have a suspicion that 90 Day Fiance is going to want to address it on camera. 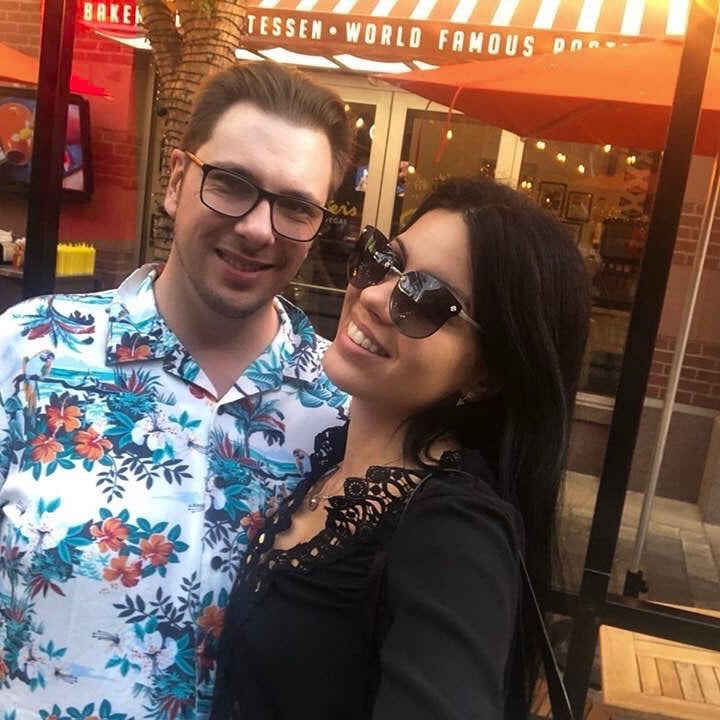