Britney Spears’ frustration over her costly new child-support agreement with Kevin Federline has been eclipsed by gratitude.

She and her loved ones are a live and safe. In these wildfires, so many others cannot say the same.

Evacuating her Thousand Oaks home has reportedly made her eager to stop taking things for granted — and to get engaged.

HollywoodLife reports that the horrific wildfires in California have spurred Britney to action — and possibly to get engaged.

The insider says that, in the aftermath of the Thousand Oaks fire that forced Britney to evacuate her home, she doesn’t want to "waste a moment."

"Britney has been very shaken up by the fires," the source explains.

She had to evacuate her home on November 13 as the raging fire tore through, consuming entire towns.

All told, the California fires have left more than 80 dead, and there are at least 1,000 people missing or unaccounted for. Britney knows this.

"She’s feeling so lucky to be out of danger with her family," the insider reveals.

Britney and her loved ones are safe and she’s really living up to the title of one of her best songs — "Lucky."

"But," the source notes. "It’s still very emotional for her."

Of course! This news has been heartbreaking for us all.

"She’s going to be making a lot of donations to help the victims," the insider claims.

(That would be wonderful, but let’s not put words in someone’s mouth or make promises on their behalf)

"And," the source continues. "She’s making a point to let everyone in her life know how much she loves them."

That includes her wonderful sons, Sean Preston and Jayden. But they’re not the only ones she loves. …

She and her hunky boyfriend Sam Asghari are extremely close.

"She and Sam are already like two peas in a pod," the insider affirms.

That much has been evident to us all based upon their activity on social media.

They were already close, the source says, "but this tragedy has made her even more aware of how lucky she is."

"And," the insider continues, Britney can’t stop thinking about "how very much she loves him."

This isn’t just a relationship built on branding or lust or mutual convenience, folks. It sounds like love.

"She knows she wants to spend her life with him," the source reports.

Initially taken in by his overpowering hotness on the set of her music video for "Slumber Party," she’s been captivated by who he is as a person and partner.

"And," the source explains. "The fires this week have reminded her how very precious life can be."

That makes a whole lot of sense.

Nothing makes you remember to make it clear how much you love people like the experience of losing a loved one.

Now more than ever, Britney is conscious of how quickly things can change for the worst.

"And," the insider says. "It’s made her really focus on not wasting one moment."

Apparently, she’s looking to take things to the next level.

"Britney’s more eager than ever to get engaged to Sam," the source reports.

The insider says that Britney wants to make things official soon "and she wants it to happen over the holidays this year."

As with any rumors of an engagement or looming engagement, we’ll take this report with a grain of salt.

Obviously, Britney and Sam are a beautiful, loving couple.

We don’t know that they’re looking to change anything about their relationship. What’s the rush?

And, given how recently Britney was reminded of the staggering financial cost of past marriages (thanks, Kevin Federline), she may not be in a hurry.

We’re not suggesting that Sam Asghari is a mistake.

We’re just saying that he and Britney can take thier time and enjoy themselves. 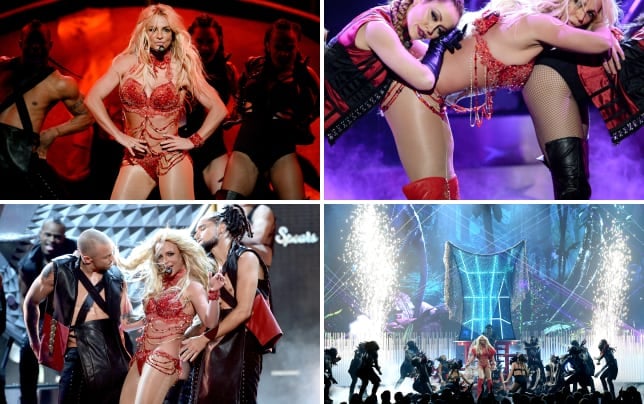