Kylie Jenner and Travis Scott may have pulled one over on a distracted public.

While most of the free world has been wondering for weeks whether or not Justin Bieber and Hailey Baldwin are husband and wife, Jenner jumped on Instagram over the weekend and hinted that she actually might be married to her rapper of a baby daddy.

Some might say Kylie came right out and made the announcement.

We’re simply not sure what to make of a photo and very basic message that Jenner left on her social media page in response to Scott performing as the musical guest on Saturday Night Live.

Sharing a picture of her man from the show, along with a few happy/heart emojis, Kylie penned a single word that has all of the Internet buzzing:

Yes, that would be a shorter version of the word husband.

Yes, this would seem to imply that Kylie and Travis exchanged legal vows at some point in the recent past.

Kylie could, of course, just be messing with everyone.

She had to know the response such a post woud generate.

For whatever it’s worth, she followed up this picture and caption with another picture from the same performance and a drooling emoji face.

So regardless of whether or not Jenner is wed to Scott, she definitely finds him attractive.

Elsewhere, Jenner made other Scott-related headlines this weekend during a Snapchat Q&A with her best friend Jordyn Woods.

“Am I going to have another baby? I want another baby but, ‘When?’ is the question and I’m definitely not ready right this second," Kylie said, for understandable reasons.

Little Stormi only just turned eight months old, after all.

“Have I thought of baby names for my next baby? I have, but I haven’t found anything that I ‘love’ love,” she continued.

Bucking the trend of those who prefer one of each gender, Jenner then confessed that she wants a sister for Stormi, telling her followers:

"I definitely want another girl, hopefully, and I want her to have a really feminine name.”

Would she have this second daughter with Scott?

It stands to reason, right? Especially if they really are married?

For such a famous couple, the reality star and the rapper actually keep their relationship pretty quiet. They don’t go around gushing about each other or sharing many public displays of affection.

We really don’t know for sure.

But this much we can confirm: Stormi Webster is a cutie! 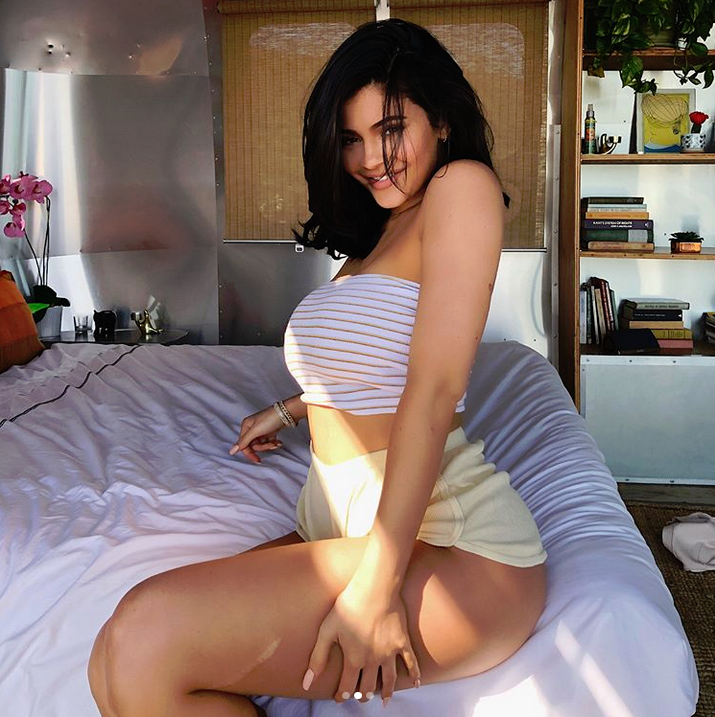