Last week, after Kylie announced that she was taking Stormi on tour with her baby daddy, Travis Scott’s album reached #1 on Billboard.

Which means that Astroworld is #1 the same week as the debut of Nicki Minaj’s new album, Queen.

Nicki went on a Twitter rant, blaming this on Kylie’s promotion — and on a plot by Spotify to "teach her a lesson."

"I put my blood sweat & tears in writing a dope album," Nicki lamented in her first of several tweets.

Her album debuted, she writes, "only for Travis Scott to have Kylie Jenner post a tour pass telling ppl to come see her & Stormi."

While that wasn’t quite what she said, we did note last week that plenty of fans are likely to hope to get a glimpse of Kylie and her baby at Travis’ shows.

Nicki concludes that tweet with: "Thank Jesus & thank you to my fans."

"Travis sold over 50K of these," Nicki writes in her next tweet, with an accompanying image, as you will see in a moment.

Nicki notes that Travis did this "with no requirement of redeeming the album! With no dates for a tour, etc."

What’s more is that the queen of rap says that Travis himself knows that his position on the charts is overblown.

Imagine what that alleged conversation must have been like!

"I love my fans for the #1 album in AMERICA!" Nicki writes, before teasing: "I’ll explain on #QueenRadio 4 albums in, #1 in 86 countries"

Speaking of Queen Radio, Nicki has a major bone to pick with Spotify.

"Spotify put drake’s face on every playlist," Nicki laments. "But told me they’d have to teach me a lesson for playing my music 10 mins early on #QueenRadio."

Nicki says that they are doing this "even tho they’ve been giving away my music for free for years & I am one of the top Spotify artists of all time."

"Spotify had to teach me a lesson," Nicki accuses. "But rewarded the man who has had an Apple radio show the longest; inadvertently helping the Apple platform the most."

"Oh I can’t wait for #QueenRadio on Tuesday," Nicki says. "They took away my promotion they had promised for the 1st cpl days b/c of this. #Queen"

A number of fans suggested that Nicki’s label should be standing up for her with Spotify.

Nicki replied that her label has more to lose than she does.

"My label didn’t want to defend me," Nicki explains. "For fear of Spotify trying to teach Ariana a ‘lesson’ too!"

Oh no! Ariana’s new album, Sweetener, just came out last week. It’s not her best album, but it’s still good, and "Goodnight n Go" is such a gift.

It sounds like Nicki suspects that Spotify would hold their ability to penalize other artists over the head of any record label.

Despite all of that, Nicki suggests that there are no real hard feelings.

"People are calling me thinking I’m huffing & puffing," Nicki tweets. "Omg y’all this is sarcasm/dry humor. Yikes. I’m having the most iconNIC time."

That sounds like a very different tone than than her earlier tweets.

"Come let me kiss you," Nicki adds. "Who’s coming to the secret show? When people call me & hear me crackin up laughing they seem so puzzled. Loosen up."

It is difficult to tell how much of that is just bravado. Perhaps she will reveal more on Tuesday. 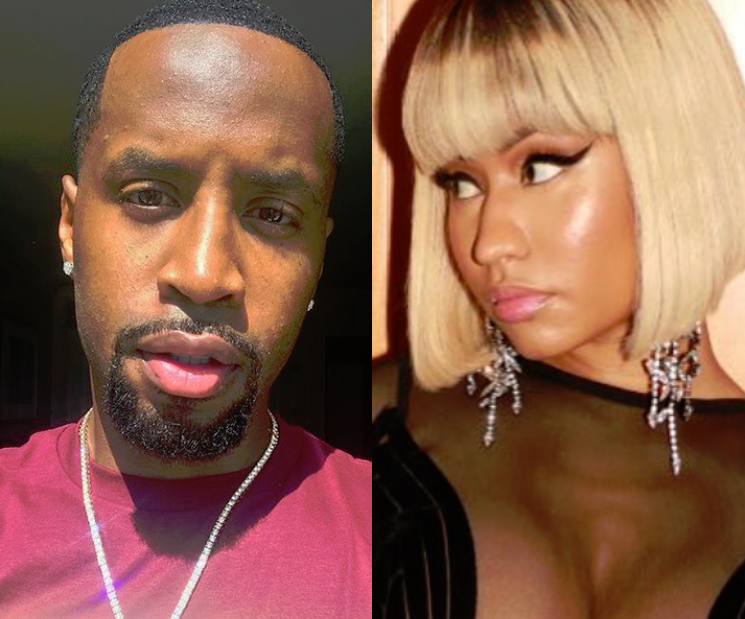