We finally got to Bachelor in Paradise‘s big fight, but Leo Dottavio has fallen out of favor with the Bachelor Nation over much more than his squabble with Grocery Store Joe.

It turns out that Leo has been lashing out at other members of the Bachelor Fam on social media, even challenging another to a fight.

And it gets worse, folks …

Leo has been yelling at people, which is way less than ideal. Then there was his fight with Joe Amabile, which was thankfully broken up by security. But that’s just what’s been happening on the show.

Amanda Stanton tweeted on Monday about how Leo had reportedly been fired from the family-friendly waterpark where he had worked.

She says that his response was way out of proportion and intensely hostile.

"Just got a lovely DM from Leo calling me a ‘piece of s–t’ & that my tweet about him last night is going to ‘come back to haunt me,’" Amanda tweeted.

Amanda’s tweet continued: "…so i guess he can never blame “editing” #BachelorinParadise"

When Tanner Tolbert tweeted "I like rats more than I like snakes… #BachelorInParadise," Leo took it personally.

"Put some gloves on step in the ring?" Leo suggested. "Next time you’re in LA maybe we can do that. Whoever loses donates 5k to charity."

Leo offered: "Heck I’ll let you wear head gear. When I knock you out can I stand over you and call you a beta?"

Tanner posted his thoughts on Instagram, writing: "Kendall, oftentimes life is filled with tough choices… this is not one of them."

Unfortunately, this story gets a little worse.

See, during The Bachelorette and now during Bachelor in Paradise, women have been coming forward to share that their experiences with Leo were less than ideal.

A lot of women say the same things — that he pursues women aggressively, doesn’t seem to accept "no" for an answer.

Folks, ask first before you send nudes — to anyone. Otherwise, you’re not much better than some flasher in a trenchcoat.

Bekah Martinez, one of the Bachelor Nation’s favorites from Arie’s horror show of a season, gathered some examples of what people wrote about Leo on Instagram and on Reddit.

Leo did not seem to take this well on Instagram, and ignited a feud with Bekah.

Bekah followed up after his toxic behavior began increasing and after the fight broke out.

And now, many members of the Bachelor Nation agree and are calling on ABC to do better screenings of their contestants.

It makes sense. Sometimes, handsome and nice-haired contestants just happen to be available. Other times, though, they’re single for a very good reason.

"ABC needs to seriously crack down on the screening process," one member of the Bachelor Nation tweeted. "This is disturbing."

"Do something about him," another implored those at the reigns of the show. "He also threatened Tanner and God only knows who else. This is who you want representing your franchise??"

Another fan tweeted: "I just can’t believe someone like this got on not one but two shows, he a danger to literally everyone he meets, and especially to women."

Hopefully, showrunners will take any threats made very seriously. 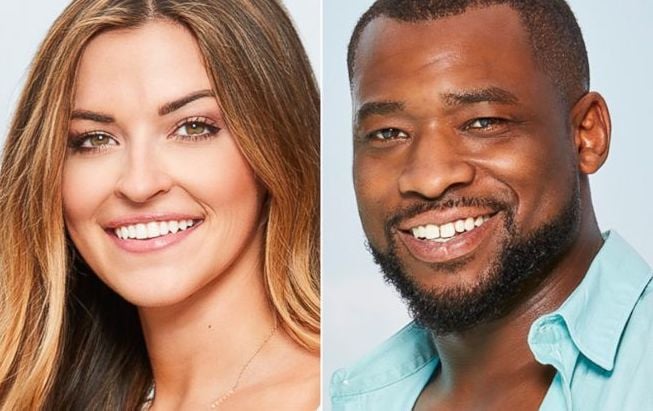