Just days after claiming that Teen Mom OG ratings are down because she was fired, Farrah is taking pity on the show that she believes is on its last leg — by speaking to Dr. Drew for the reunion special.

Now, she’s taken to Instagram to explain why she’s appearing, however, indirectly, on the show that she is suing for millions of dollars for wrongful termination.

There’s a lot of word salad. This is Farrah we’re talking about.

It’s worth noting that most people probably don’t pronounce hoorah in a way that rhymes with Farrah, but some do. Either way, good effort.

"It’s been a great 10 year era of Farrah for Teen Mom I always make the most out of life."

Note that she’s not saying that it’s been a great decade for her. She’s saying that the era of her has been great for the show.

"And I’m so blessed I got to be that fighter, the strong women, the honest single parent, showing motherhood can be glamorous, Joy, happiness, memories & no regrets."

"Life is a challenge but to be an advocate for a young innocent child,lead, guide, love, succeed, and give it your all is amazing, a once in a life time surprise."

That kind of depends upon how many children you have.

She then goes on to extol her own accomplishments:

"I’m blessed I graduated high school early, graduated college with 2 degrees, started 3 companies, have an international brand from all the support. …"

"… Became a new York times best selling author, became [an] actress, became the best Farrah I can be, & travel the globe with my daughter."

Farrah reminds her fans and followers that, despite all of her achievements, she comes from humble origins.

"I started all of this from Council Bluffs Iowa."

She may be forgetting that humble origins are kind of assumed … because she’s famous for becoming a mother as a teenager.

"I hope my start into my adult self from teenager to adulthood shows you as it showed me I can achieve for more [than] I could ever imagine."

That is one hell of a sentence. It belongs in a gallery somewhere.

"God is amazing and we have not one or no thing can get in the way of our life destiny to be great!"

"Life is beautiful & I’m thankful I was the (1) out of 10 teen moms statistically to over come the challenges and struggles of teen parenthood."

That is … not a very kind thing to say about her costars.

But it does fit with her self-image, which seems to always drive her to need to see herself as the most successful at anything that she attempts.

She then lists the other challenges that she faced.

"But the other struggles from production, being famous, being a leader, political immature s–t, the control & power trips from society really added more."

Honestly, she might deserve some recognition for not once saying "hate crimes" during this entire rant.

"[And] I have to say I rose about all the evil and all the hate by focusing on myself, loving, growing and developing what’s next to better our world for future generations."

Yes, Farrah is shaping the youth of tomorrow. Or something.

"I will always improve social causes and improve our world!"

This was all prompted by The Ashley‘s report that Farrah would sit down with Dr. Drew to talk about … well, her departure from the series that made her rich and famous.

Farrah doesn’t really explain why she’s agreed to sit down for a segment that will air during the reunion special, but one wonders if she had intended to explain herself when she started.

As you can see from her post and from other things that she has written and said, sometimes Farrah’s thoughts take interesting twists and turns.

(That can happen to anyone, but Farrah in particular seems to generate word salad that has little rhyme or reason)

Perhaps she will speak a little more clearly when the world sees her chat with Dr. Drew. 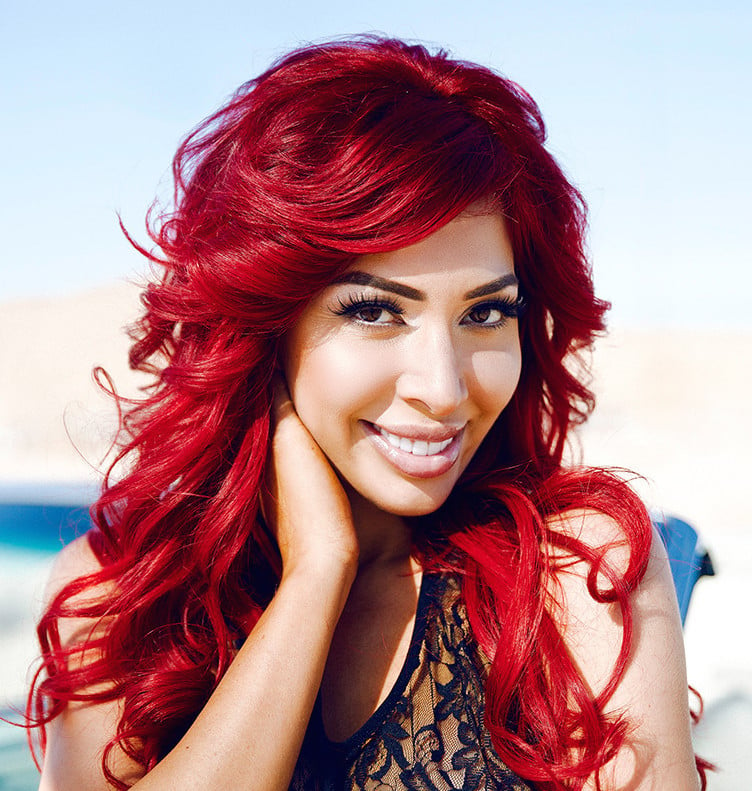