By now, you’ve likely read the Internet’s stunned and spirited reactions to Fergie’s rendition of the national anthem prior to Sunday night’s NBA All-Star Game.

By now, you’ve also likely watched this controversial rendition of the national anthem.

If not, well… prepare yourself to click PLAY and check it out below:

Viewers should have been clued in to Fergie’s plan before she even opened her mouth, considering the revealing attire the singer chose to wear for the occasion.

It proved to be quite (form) fitting, as the Black-Eyed Pea went on to deliver what some believe to have been the worst Star-Spangled Banner performance in history…

… but which was definitely the most seductive.

While Fergie tried to turn the persistent nature of the American flag into something sultry and sexy, cameras caught such stars as Jimmy Kimmel and Draymond Green reacting with a mixture of confusion, humor and horror.

"Literally dying at these reactions. Fergie with the worst rendition ever," wrote one bemused Twitter user.

Charles Barkley even joked on TNT that he needed a "cigarette" after witnessing Fergie pay her unique tribute to the country.

But, hey, if Fergie’s goal was to make headline, she certainly accomplished that much, right?

The criticism has grown to such an extent, however, that even Roseanne Barr has gone ahead and chimed in on the debacle.

Yes, the same Roseanne Barr who very likely did give us the absolute worst national anthem rendition in the history of the world.

It took place in 1990 right before the first pitch of a San Diego Padres game… it was more off-key than the most nauseating of American Idol auditions… it ended with a crotch grab … and it even caused President George H.W. Bush to label the entire act as “disgraceful.”

Before we get to what Barr said about Fergie, it’s worth reliving this trainwreck.

Still, despite whatever the heck one would call THIS nonsense, Roseanne happily jumped on board the Fergie hate train last night.

“Who saw Fergie’s national anthem performance at the NBA All Star Game?" she Tweeted, adding:

"I think mine was better lowkey.”

Barr, of course, is actually bringing her formerly beloved sitcom back to the air in a few weeks, so we understand why she would want to chime in and make herself relevant again here.

It’s a form of promotion for the series.

Go ahead and watch that Roseanne performance again.

It’s a a blatant attempt to make a mockery out of our country’s theme song.

Say what you want about Fergie here, but she was mostly just trying to be different. She was trying to put a unique spin on an old favorite.

She may have wanted all male viewers to feel something rising in their crotches while they listened, but at least she didn’t actually grab her crotch and then spit on the ground.

Roseanne really did this after finishing her version of the song.

You can contrast it with other national anthem performances below, but there’s no doubt in our minds at all: She loses. 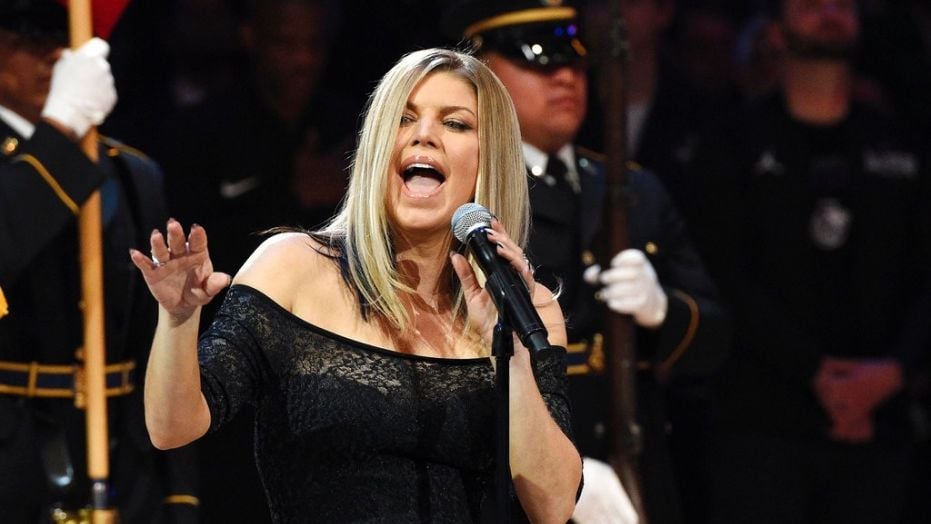