Michelle Duggar is a busy woman.

In addition to being the mother of an astonishing twenty children, Michelle is the queen of a multi-million dollar media empire.

Of course, there are times when these two aspects of Michelle’s life come into direct conflict with one another, and they collided in a major way last week.

It all started when Michelle was invited to address a group of mothers at a religious retreat.

She wrote about the experience on Facebook, and some fans took issue with the reality star’s comments:

"As a busy mom with a growing family through the years, I never imagined me being the one to talk to crowds! My days were filled with all the daily chores of being a mom," Michelle wrote.

"Yet, I am so thankful for the opportunity to share our story with others and encourage moms in their faith, their marriages and raising their children."

Unfortunately for Michelle, pretty much nothing she does is above criticism.

The issue this time is that many fans believe the Duggar matriarch is not as busy as she claims.

For one thing, Michelle is known for having her older kids assist with parenting duties.

It’s a controversial method that she calls the buddy system.

So in addition to their extensive lists of chores the older Duggar kids who are still at home are each assigned one younger child to look after.

Jana Duggar seems to have been burdened with the majority of the house and has earned the nickname "the Cinderella Duggar" as a result of her tireless devotion to her younger siblings.

“I love the show but let’s face it you couldn’t have raised such a big family without the older girls who did so much of the work,” wrote one fan on Michelle’s Facebook post.

“It is not a child’s job to be a mom for the younger siblings,” another remarked.

“A child should do chores, have fun and go to school, homework is their job, not to be a mom’s replacement just because the parents were so selfish that they decided to have child after child.”

“Wow I absolutely do not agree that a baby at 6 [months] should be weaned and then you work on its replacement,” a third remarked, adding:

“Having older daughters help is one thing but to just basically adopt out your infant is ridiculous.”

Obviously, Michelle hasn’t responded to the backlash, and as Duggar controversies go, this one is pretty minor.

Still, it points to a growing trend that’s likely got the whole family feeling a little uneasy these days.

With just days to go until the premiere of Counting On Season 7, fans are not as forgiving of the Duggars flaws as they once were.

That could mean trouble for a family whose livelihood depends on their reputation.

Watch Counting On online to get caught up in time for what may well be the show’s final season. 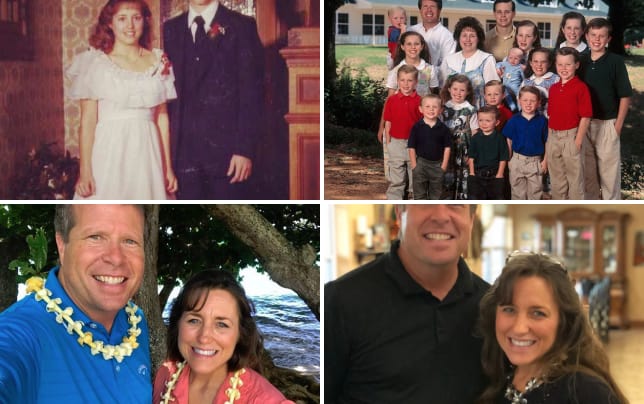