As we all know, Derick Dillard considers allowing trans kids to be themselves is "child abuse." But have you wondered what he thinks good parenting looks like?

Apparently, he thinks that it looks like two incredibly bored children.

At least, Derick decided to read to his two very young sons the story of Jesus’ birth, directly from the Bible. No photos. And fans were quick to comment with their very strong opinions.

"Christmas Eve, reading the Christmas story with my boys. Doesn’t get much better than that! Thank you Jesus!"

For some families, that’s a tradition. For others it isn’t.

Though fans were divided, let’s start with the priase that he earned.

"Beautiful family. God bless you all!"

"You are such a great dad, Derick! Merry Christmas to you and your beautiful family."

We don’t know that a "great dad" would go on social media and repeatedly slam a teenage girl because he disagrees with her identity, but … well, he’s been fired for that.

"I’m not really a religious person. most normal everyday average people I know DO read the Christmas story out of the Bible on Christmas to their children and some not even really religious people do also."

Interestingly, I’d personally never heard of that tradition, but I believe that plenty of folks do it.

"There is nothing abnormal," that commenter continued. "About this and how they read the Christmas story Christmas Eve."

"I am sure the Duggars have children’s books as well but to come to someone’s page and tell them how to raise their children — takes much gall. Wow"

Another saw criticism of Derick and lashed out:

That is the sort of paranoia that you see sometimes. If you believe that a critique of one man is an attack against an entire faith, you … probably need to relax.

Another affirmed that they thought that reading directly from the Bible is what they prefer:

"Some of us believe that straight from the Bible is best. Not watered down versions of the Christmas story. Some children’s bible books are excellent don’t get me wrong, however reading straight from Gods word every Christmas is an amazing tradition."

Others chimed in, suggesting that reading directly from the Bible isn’t ideal with young children, especially when one of the listeners is a literal baby.

"Kids like kid’s books, not old fashioned text. fine if you want to read them the nativity story but at least do it in a format that they understand. kids like pictures."

"The whole situation is very creepy."

That comment, we imagine, has less to do with the reading and more to do with Derick using it as a photo op.

"I bet these kids would appreciate having a dad who cares enough about them to get off his lazy butt and get a.job so he can support them as opposed to grifting clueless fans to support them."

That, of course, is a jab at how Derick Dillard begs fans for cash. Especially now that he’s lost his spot on Counting On.

Another commenter chimed in:

"They aren’t in harm way they grift in Arkansas"

"Aww! It looked like Izzy was going to hug little Sam before his daddy pulled him away to make him listen to something he can’t fully understand yet."

Israel and Samuel were clearly more interested in each other (awww!) than in listening to their father read.

"Why aren’t you acknowledging little Sam? Your arm isn’t even around him. At least Izzy and Jill love that sweet baby."

"There are so many wonderful children’s books targeted to their ages, which would include pictures and be ever so much more appropriate for these two."

To their interests and their capabilities.

Even a baby as young as Samuel can look at a picture book, and maybe understand a few more words in the process.

Still, it seems like a harmless tradition, and some people — on both sides — got super worked up about it.

Maybe it’s because Derick Dillard himself is such a divisive figure? In which case, we’d question why he doesn’t lay low on social media for a while.

But then we remember that he likes to beg for money and then use those donated funds to go out to dinner. 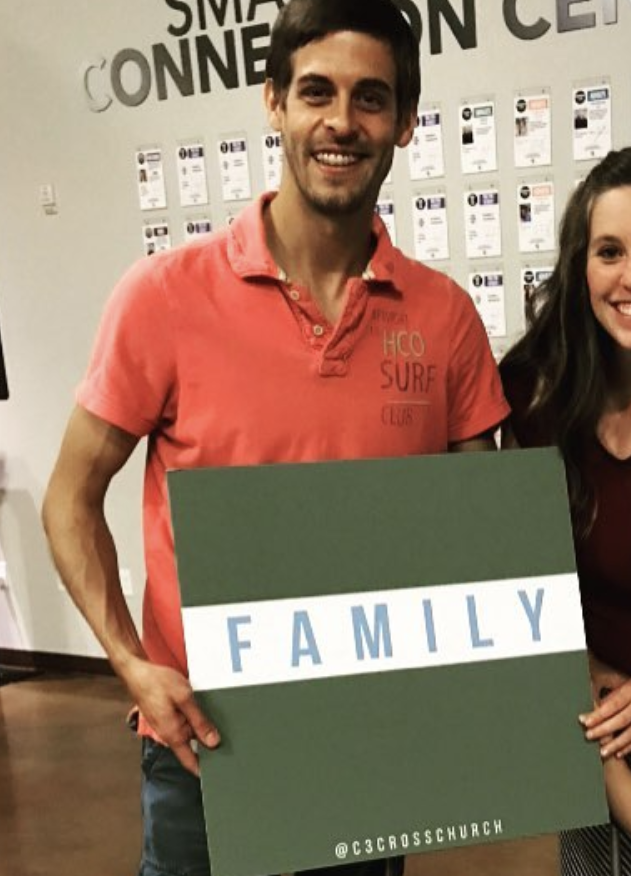