Danielle Mullins isn’t the only 90 Day Fiance: Happily Ever After? villain who’s sticking it to the haters these days.

Anfisa Arkhipchenko, who is a controversial character to say the least, was flaunting a bouquet of red roses over Instagram yesterday, marking her one-year anniversary to Jorge Nava.

They were celebrating their anniversary, but fans familiar with the couple have to wonder — what exactly do these two have to celebrate about still being married?

The infamous gold-digger shared a close-up snapshot of gorgeous red roses, which we’re supposed to believe are a gift to her from Jorge.

(We’re not saying that they aren’t from Jorge, but Anfisa didn’t specify)

She captioned the photo: "Celebrating our first anniversary."

She also included a short, silent video of Monkey (their cat) attempting to nibble at the baby’s breath.

Earlier yesterday, Anfisa shared a close-up shot of steamed dumplings (like pot-stickers but without being fried) that looked absolutely delicious.

At the risk of sounding suggestible, having such good taste in food might have improved our opinion of Anfisa … if we didn’t know as much about her as we do.

We mention that Anfisa is "controversial," but that doesn’t really do justice to the situation or give you an accurate picture of Anfisa.

Anfisa was filmed hitting her husband, Jorge, which is definitely a crime.

Anfisa was a Russian model whom Jorge has on Instagram.

Jorge became enamored with her and started messaging her until she finally responded.

Up to that point, to be clear, Jorge was the bad guy.

(Don’t spam messages to women, no matter how beautiful they might be and also no matter how rich you allegedly are — that’s harassment)

Anfisa did agree to come meet Jorge … and he took her on a series of expensive vacation dates in order to win her over.

We’re not shading Anfisa for being a gold-digger, here — she’s made it very clear, from day one, that she wants to be able to spend Jorge’s wealth.

However, when she learned that Jorge isn’t as well off as he’d claimed and is in fact in debt, her attitude about him and their relationships really changed.

It was in a meeting to discuss a post-nuptual agreement — one that Anfisa hopes will protect her from inheriting Jorge’s debts and also guarantee that she gets half of his wealth for getting divorced — that the slap occurred.

Jorge suggested that Anfisa, who sounded like she wanted to have her cake (being immune to Jorge’s debts) and eat it, too (spend Jorge’s existing money freely), wasn’t mature enough for the conversation.

Apparently enraged, Anfisa lashed out with her hand.

Jorge raised his arm to protect his face, causing Anfisa’s blow to miss.

Later, Anfisa all but accused Jorge of domestic violence.

While it’s totally possible for two spouses to abuse each other, Anfisa’s definition of "domestic violence" just sounds like … financial abuse.

Basically, she was trying to counter the backlash that she was getting by saying that one spouse controlling the money and spending decisions was "domestic violence."

It can be abuse, sure. But clutching purse strings doesn’t sound like violence except in extreme circumstances.

(Like, if you’re preventing someone from being able to eat)

Anfisa needs to find a better way to deflect.

But while we’d never suggest that a couple who’s had even one instance of hitting between them stay together … maybe their relationship has improved since that episode aired.

Sometimes people stay in toxic relationships for a long time and make them work.

We can’t say that we recommend that.

Still, even if Anfisa and Jorge resolve all of their current issues, they’ll never be as healthy or compatible as 90 Day Fiance‘s best couple.

But they’d be doing a hell of a lot better than Danielle Mullins and Mohamed Jbali.

Our biggest takeaway from Anfisa’s anniversary "celebration" is that wow, we could really go for some Chinese dumplings right about now. 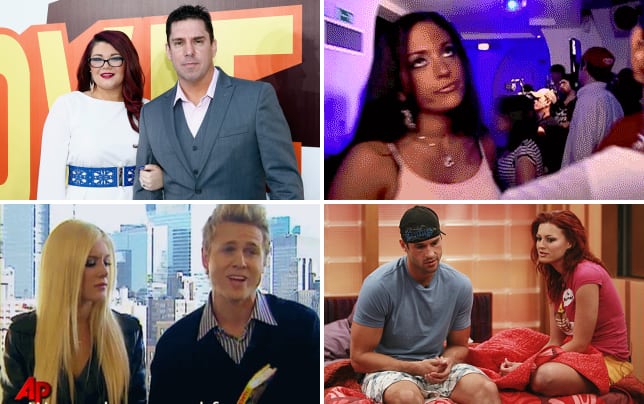