Just because Danielle Mullins and Mohamed Jbali are no longer married doesn’t mean that the 90 Day Fiance: Happily Ever After? couple is done forever with reality television.

In fact, it sounds like Danielle already has something lined up.

The best 90 Day Fiance couple would have to be Kirlyam and Alan Cox, right? In case you missed it, Kirlyam Cox is pregnant and due in just two months!

The worst couple on that series would easily be Anfisa Arkhipchenko and Jorge Nava and their toxic, sometimes violent relationship.

Paola Mayfield and Russ are somewhere in the middle.

Mohamed Jbali and Danielle Mullins may not be as bad as Anfisa and Jorge, but they’re still pretty close to the bottom.

As a couple, they were so toxic together that they’re now divorced.

In the end, while Mohamed came across as selfish and sleazy and probably a cheater, Danielle herself didn’t seem like a great person.

Which is a shame, because she could have tried to present herself as a sympathetic victim.

People would have ignored Mohamed’s claims that she had a strange, foul body odor if she’d made herself likable, you know?

Instead, she comes across as spiteful.

It seems like she set out to ruin Mohamed Jbali’s life as punishment for not having sex with her except for that one time that they banged.

Mohamed himself isn’t a great person, either.

But after the way that Danielle treated him, people hardly blamed him for hiding from her.

(Remember when Mohamed Jbali was missing? He was okay, but that was weird)

In an interview, Danielle Mullins announces that she’s going to be on more reality shows.

(Probably starting with From Not To Hot, though that’s really a guess)

And Danielle is crediting her haters for her continuing career.

"Well, I can say that because of their hate, I’m going to be starting a new journey."

Ah, yes. Because of their hate.

For the record, we think that people were hateful because she and Mohamed had an aggressively toxic relationship.

There’s a difference between a person on television whose storyline people enjoy and a person who will get people to follow them.

We have yet to see whether Danielle can attract viewers out of the context of a dysfunctional engagement and a crumbling marriage.

Danielle Mullins says that what makes her so appealing is her popularity, though, so maybe GR Media knows something that we don’t.

"Because I’ve been so popular with the 90 Day series, I’ve recently signed on with Gina Rodriguez [head of GR Media] to manage me. And she’s the manager of Mama June. So she has some big plans for me."

Again, these are also the people behind Farrah Abraham.

So … if Danielle makes a transformation on From Not To Hot, is she also going to follow it up with a sex tape?

If so, we’re guessing that Mohamed Jbali will take a hard pass.

There’s too much bad blood between them, for sure.

As for 90 Day Fiance, Danielle isn’t sure that she’s going to appear on the show again.

"I don’t know if we’ll be back for another season because, like I said, I signed with Gina, and she has another show in mind for me."

We look forward to the announcement of what it will be.

(Though, again, signs point to From Not To Hot) 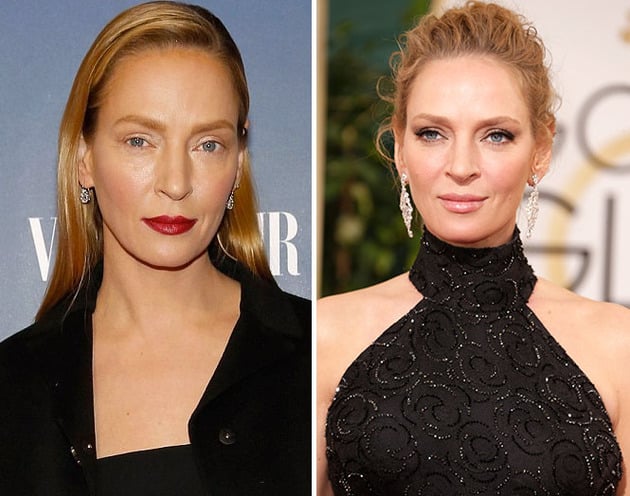