This weekend, Joy-Anna Duggar will marry Austin Forsyth in what’s sure to be the same sort of wildly over-the-top ceremony in which her older sisters tied the knot.

(Sources say the weddings of Jill, Jessa, and Jinger Duggar were attended by upwards of 1,500 guests.)

As is customary in the Duggar clan, Joy-Anna’s first kiss will take place in front of a massive crowd – and shortly thereafter she and her new husband will likely set about the business they for which they believe they were put on Earth:

From a young age, Duggar women are taught they were brought into the world solely to procreate, and it’s a duty they take seriously.

Generally, they’re knocked up within 5-6 months of tying the knot.

(We haven’t had a pregnancy announcement from Jinger Duggar yet, but insiders say the 23-year-old, who got hitched in November, is waiting to share the new on the new season of Counting On.)

Though Joy-Anna and Austin’s courtship was not a particularly long one, the young Arkansans have known one another for since childhood, and insiders say they’re both incredibly eager to start a family.

Yes, we’re talking eager by Duggar standards, which is really saying something.

There’s been talk of Joy-Anna and Austin violating "courtship rules" (Duggars are forbidden to engage in any physical contact beyond hand-holding prior to marriage.), and some have even claimed the wedding was moved up in order to avoid a shotgun situation.

We doubt that’s true, but there’s no doubt that Joy-Anna and Austin are chomping at the bit to start cranking out little ones.

The Duggar kids recently filmed video greeting cards for Mother’s Day, and Joy-Anna made it very clear she has every intention of following in Michelle’s fertile footsteps:

“I’m so thankful for you, mama. And even more recently, just helping with all the wedding planning and helping me just not get stressed out about all that,” Joy-Anna told the camera.

Beaming up at her husband to be, she added:

“I can’t wait to be a mother myself.”

We’re guessing we won’t have to wait long for that announcement.

In fact, Joy-Anna and Austin will probably hold off on sharing the news just long enough to avoid rumors that they got down to the business of breeding before they were married.

Watch Counting On online to relive Joy-Anna and Austin’s road to the altar. 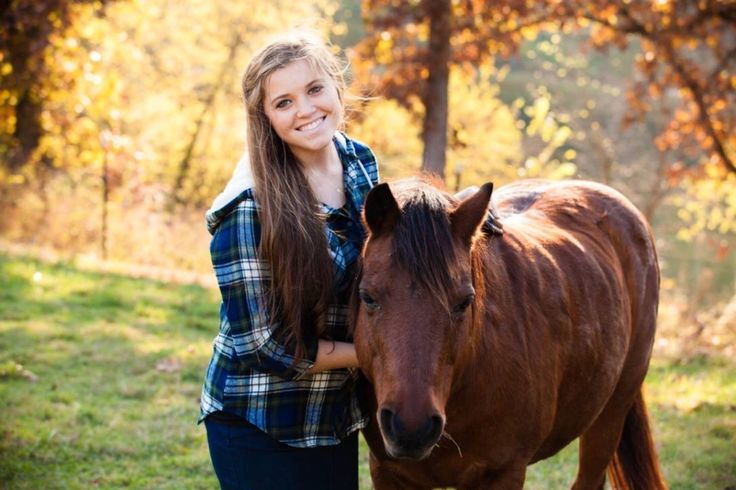