As we all know by now, Katy Perry once kissed a girl…

But the artist has now undergone a rather dramatic makeover and we can’t help but wonder:

About a month after Perry cut off a lot of her hair, the singer went back under the scissors over this past weekend, asking stylist Chris McMillan and colorist Justin Anderson to change her look even more.

Check out the brand new Katy Perry below:

In this selfie, Perry stands in front of a rack of clothes, a lot of makeup on her face and very little hair on top of her head.

We’re pretty sure this is a reference to Brad Pitt’s character in the movie The Fifth Element, which came out in 1997 and earned Pitt an Oscar nomination.

McMillan and Anderson were also behind Perry’s first hair transformation this year, when the star went from brunette to platinum blonde in late January.

Then, a little over a month later as mentioned above, she cut her shoulder-length locks into a cropped pixie.

Perry posted an Instagram video of McMillan tousling her tresses at the time, writing, “I WASN’T READY TILL NOW.”

There’s actually some irony to this new look.

On the red carpet of the Grammy Awards in February, Perry made a random, inappropriate reference to Britney Spears and her meltdown many years ago.

Asked by Ryan Seacrest about her hiatus from music in 2016, Perry joked as follows:

"It’s called taking care of your mental health. I haven’t shaved my head yet."

At the same event, she made a similar comment to CBS when the topic of her evolving hair was raised.

"It’s like the last color in the spectrum that I can do," the singer said, adding once again:

"I’ve done all of them and the only thing left to do is shave my head, which I’m really saving for a public breakdown."

Perry has not shaved her head here, of course.

But she’s pretty darn close to having done so, wouldn’t you say? 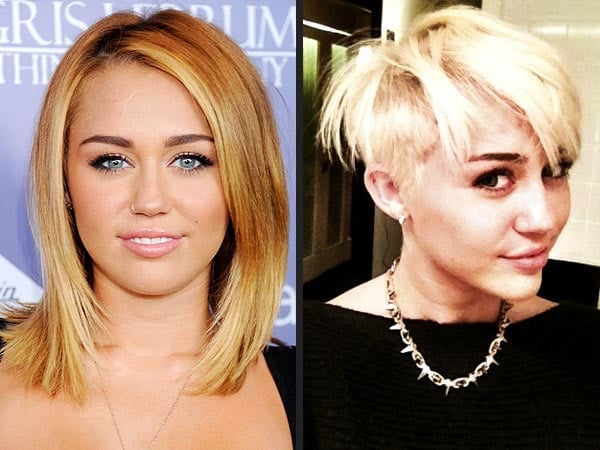 9 Celebrity Haircuts That Changed the World

Perhaps this is Perry’s way of apologizing to Spears.

Or maybe she made those comments earlier this year out of jealousy and she actually admires Britney’s unusual hairstyle back in the day.

What do you think of Perry’s haircut? Is it symbolic of a larger mental breakdown? Or was she just anxious to worry less about brushing it and drying it everyday?

Sound off below with your opinion!