Teen Mom 2 star Chelsea Houska is a mother again! She just welcomed her second child, and her first with her husband Cole DeBoer.

Give it up for the Housk and family!

The child, a boy, made his precious Instagram debut moments ago, if only in part, in the above photo of his tiny hand holding hers.

“Welcome to the world, sweet boy,” the 25-year-old, who is already a mother to daughter Aubree, 7, captioned the touching picture.

No word yet on Chelsea Houska’s baby name, though we’ve been told it’s not one we’ve ever heard before, and that it’s a last name.

As in, they opted for an original baby boy name that you might normally associate with somebody’s surname, rather than a first name.

We’re guessing "Lind" was not the pick.

In any case, we don’t know the name yet, but should find out in due time as the duo joyous road to marriage and parenthood continues.

If you watch Teen Mom 2 online, you know how over the moon they’ve been with this pregnancy, and one another, throughout the year.

In announcing the pregnancy, Chelsea did so in adorable fashion with a photo of Aubree holding a sonogram attached to a wood cutout.

Chelsea and Cole held hands in the background. Magical.

Houska also took to her personal website to expand on her new baby news, telling her fans, “We are beyond excited for this journey."

"[We] can’t wait to share it with you all! Big sister Aubree is also extremely excited and it’s no secret that she is hoping for a girl haha.”

In that respect, Aubree did not get her wish …

Chelsea later revealed that they were adding a baby boy to their family with another, even more adorable family photo (above).

A little pair of jeans, a flannel onesie, a knitted hat and a pair of sneakers on a clothesline? Oh yes, they’re having a mini-Cole!

“Can’t wait to add a little man to our crazy crew!”

“Cole is the PROUDEST man I have ever seen, and cannot wait to have his son. He’s already planning his future hunting and fishing trips, haha!”

As for the pregnancy, it wasn’t always easy – it never is, as any woman knows – but it was also eventful in the best way. Chelsea said:

“This little dude is constantly kicking and rolling around, and both his daddy and sister always have their hands on my belly to feel him.”

Houska and De Boer met 2014 and he quickly made an appearance on Teen Mom 2, where their romance grew and fans fell for him too.

Not long after, Cole moved in with Houska and Aubree, before asking her (and, adorably, the little girl) to marry him in November 2015.

"Cole brought me to a personal spot in the woods where he had photos lining the tree," she told MTV of her man’s storybook proposal.

"The pictures hanging were of him and I and the three of us as a family," the reality star said, and the rest, as they say, is history.

"He’s stuck now!" she captioned an image that showed her flashing her engagement ring alongside her new fiance two autumns ago.

That he is, and he couldn’t be happier about it. 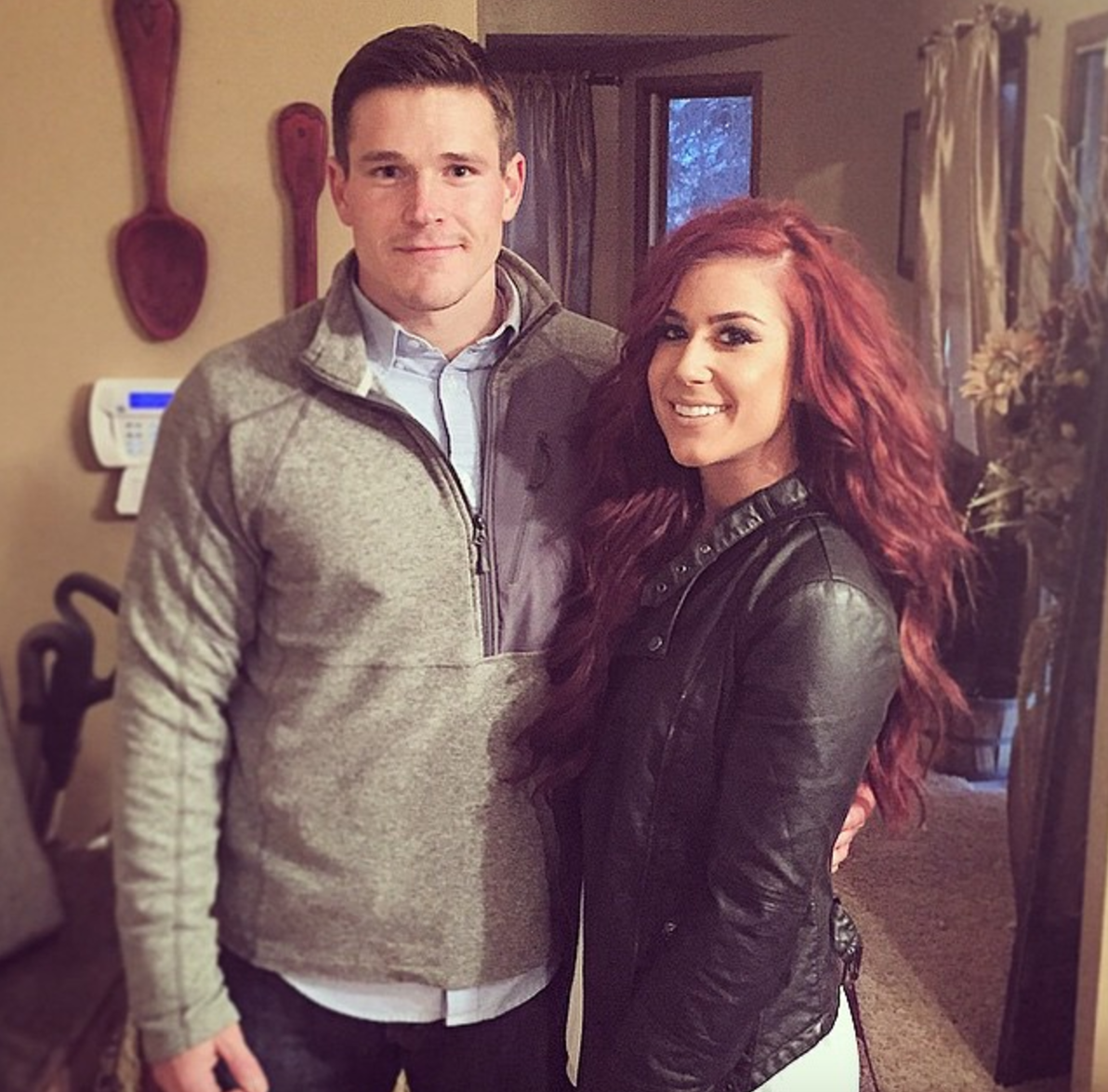 Chelsea Houska and Cole DeBoer: 19 Times They Gave Us #RelationshipGoals

The baby boom continues for the Teen Mom set.

Just yesterday, Jenelle Evans gave birth to her third child, a girl, and her first with David Eason (she has two sons from prior relationships).

On the OG side, the trend hasn’t been as accelerated; Amber Portwood and Farrah Abraham remain parents of one daughter each.

Since Cate and Tyler Baltierra famously gave up their first for adoption, however, in many ways this is their first go-around at parenting.

Congrats to Chelsea and all the new parents! 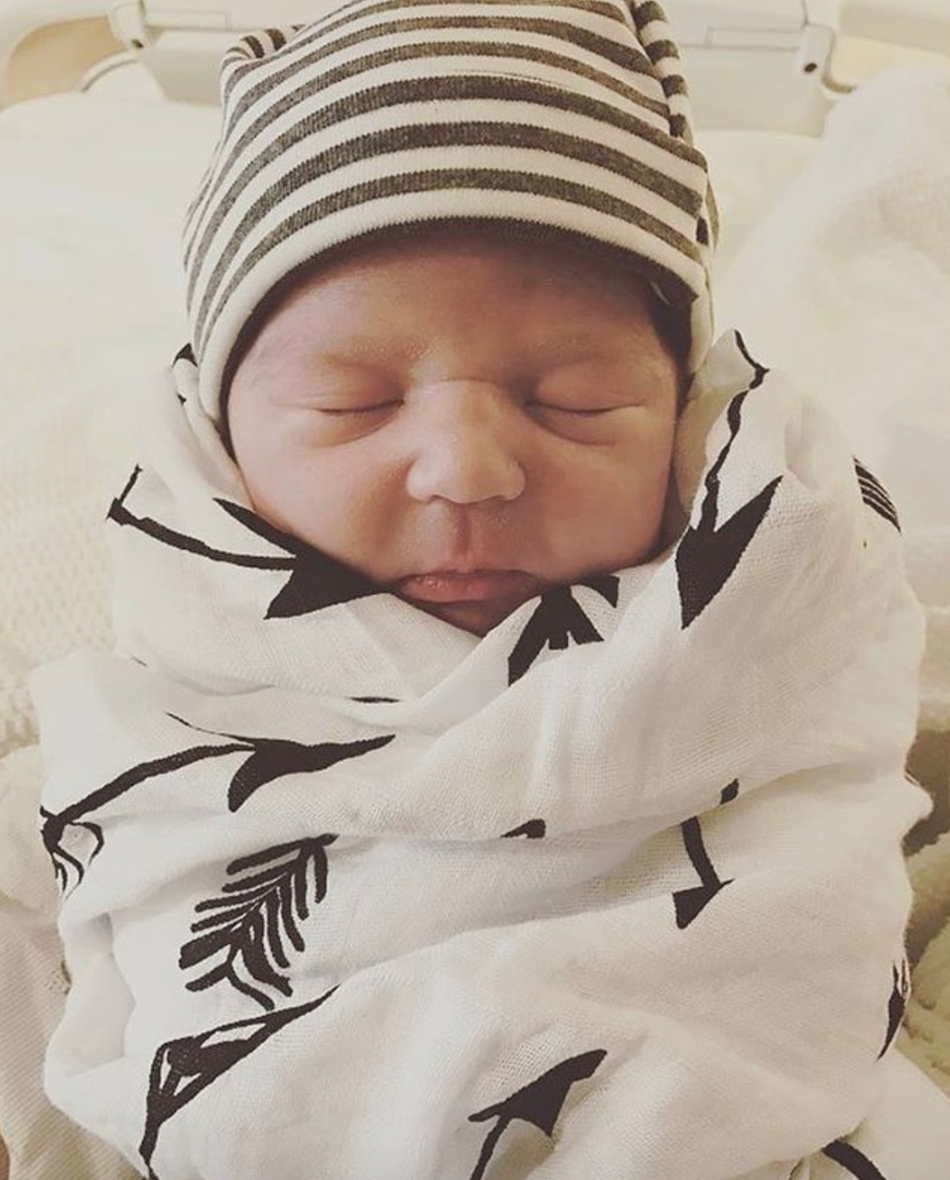 Chelsea Houska: ALL The Adorable Photos of Her New Baby!

UPDATE: Chelsea has posted more pictures of Watson, and they are about as adorable as you’d expect, if not more so. Or a lot more so.

See ALL the photos above!