For seemingly being a woman-beating anti-Semite? Yes, of course.

But also for then appearing on The Late Show with Stephen Colbert and actually making us laugh on Tuesday night. With you, not at you.

The controversial actor lay down on a blanket with the host at one point, staring up at the sky and pondering life’s biggest issues.

It’s a segment Colbert often stars in alongside various major guests, but this one felt a bit different because Gibson has been basically blacklisted by Hollywood ever sine he drove drunk, screamed at cops and went off on Jewish people in 2006.

“Hey, Mel Mels,” Colbert asks at one point in the video above. “When you look back on your life, do you think you’ll have any regrets?”

"Really? Not one?" Colbert asked again.

"No. They tend to come in clusters," Gibson replied to laughter.

Fair enough, Colbert responded. “If you could go back in time, what would you tell your younger self?”

Gibson thought about it and initially offered up some profound cliches.

"Oh, well, don’t be so caught up in the little things; take advantage of all the gifts the world has to offer; and live every day to the fullest,” he said, prior to concluding as follow to a big reaction from the Ed Sullivan Theater crowd:

Gibson says he’s been sober for over a decade now.

But while he’s clearly able to joke about his past hiccups, he doesn’t sound as if he regrets them very much.

"Others bring it up, which kind of I find annoying, because I don’t understand why after ten years it’s any kind of issue," Gibson said on a podcast this week, referring to his anti-Semitic rants and verbal abuse of women.

"Surely if I was really what they say I was, some kind of hater, there’d be evidence of actions somewhere. There never has been."

Ummmm, Mel? There are endless tapes of you berating Oksana Grigorieva and yelling at cops about how Jews run the world.

Gibson also had the gall to add:

"For one episode in the back of a police car on eight double tequilas to sort of dictate all the work, life’s work and beliefs and everything else that I have and maintain for my life is really unfair."

Yes, unfair. Mel Gibson thinks our treatment of him over the past several years has been unfair.

It’s hard to even know how to respond to this sort of nonsense, except to say that Mel has been the one who has been unfair.

He has a child as attractive as Milo Gibson and he only first went public with him now?!? 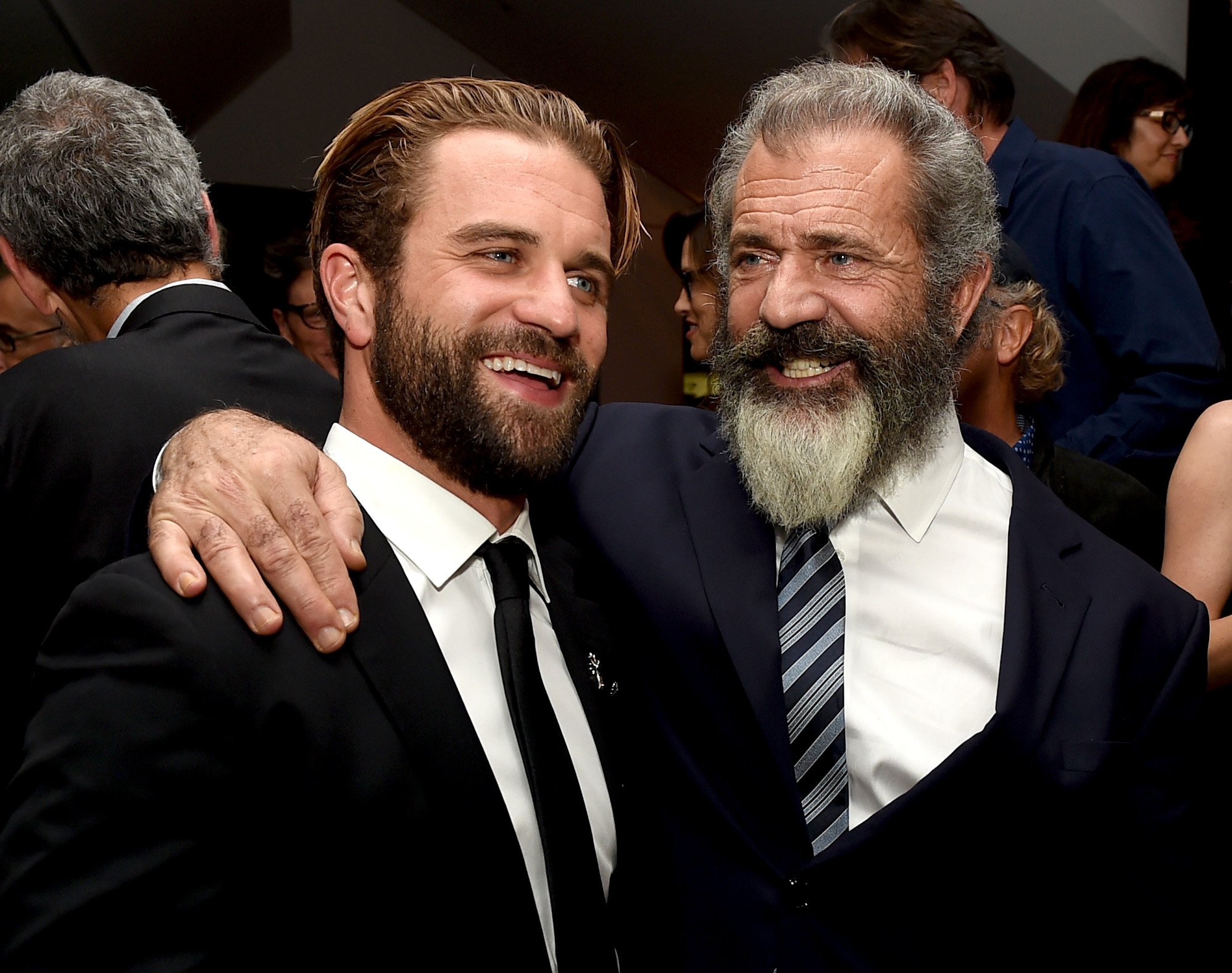 We’re not about to go see Hacksaw Ridge and put any money into Mel Gibson’s pocket.

But you better believe we’ll go watch the trailer again and again just to stare at Milo.