There’s no denying that the mom of two has an enviable figure, but even a bum as impressive as hers apparently gets a little help from the editing department.

To celebrate the Fourth of July, Hudson posted a pic of herself in a patriotic little top and bikini briefs looking like a sexy MF.

But it’s what she shared in the caption that’s surprising fans.

"From my airbrushed ass to yours… Happy fourth!!!" she wrote, including a string of celebratory emojis.

And for that, we salute her.

Too many women feel self-conscious in a bikini because their bums don’t look as perfect as those seen not only in magazines, but on social media.

So it’s refreshing when a hot celeb like Hudson comes out and admits that her Instagram ass is not in fact the same one seen walking around on the beach.

It’s especially nice to hear after listening to Kim Kardashian make a stink and insist that her pics are not Photoshopped, because apparently that would be an unspeakable crime.

Kim would be infinitely more relatable – and likable – if she’d take a page from Kate’s book and stop perpetuating this idea that she’s absolutely perfect.

As for Hudson’s backside, this is certainly not the first time it’s made an appearance on social media.

Earlier this year, her stylist shared a photo of the actress lying ass up in the tub on Instagram.

The Almost Famous star confirmed that the bare butt was hers, and fans speculated that Kate was thirst trapping her ex Nick Jonas.

That guess might be a stretch, but we’re sure that Kate scored points with women everywhere with her Photoshop revelation. 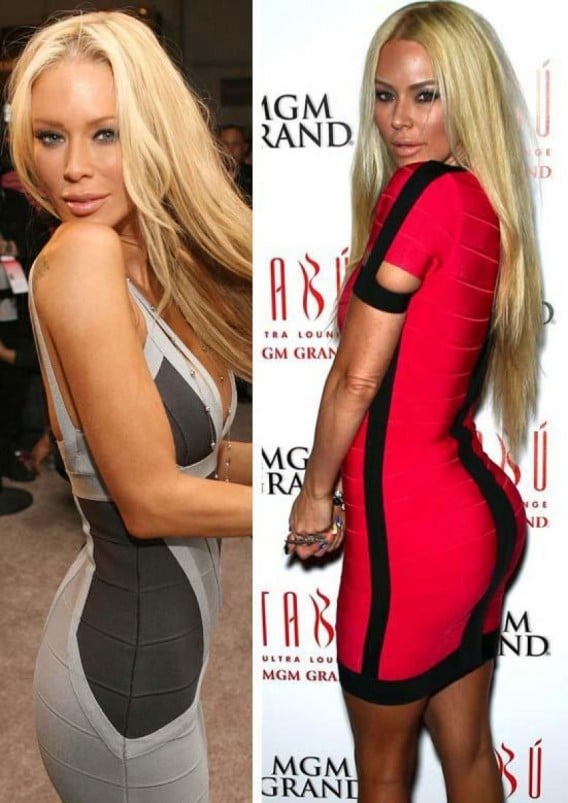 13 Stars Who May Have Fake Butts