In a way, we suppose the Internet’s obsession with Taylor Swift’s butt should be taken as a compliment.

It’s a sign that she’s reached that rare level of fame where literally every aspect of her life is scrutinized by millions.

Sounds exhausting and a tad terrifying, and we’re sure there are many times when Taylor wishes she could take a break from it, but in a way, it’s a sign that you’ve truly made it…And society is rewarding you by paying close attention to the size of your ass.

Call it the Kardashian Standard.

Anyway, after months of rumors about Calvin Harris pressuring Taylor to get butt implants, Ms. Swift showed up to last night’s iHeartRadio Awards with some modest junk in her trunk.

Swift gushed about Harris in her acceptance speech for Best Tour (Yeah, the categories are as weird as the name of the show at the iHearts.), but her appearance on the red carpet had many fans wondering if she also thanked him with a top-of-the-line booty enhancement.

Of course, it’s possible Taylor just wore some kind of butt prosthetic so as to fill out her outfit more completely, but where would be the fun in that?

It’s 2016, and we want our celebs to be just as obsessed with butts as we are! There can be nbo half measures when it comes to dat ass! 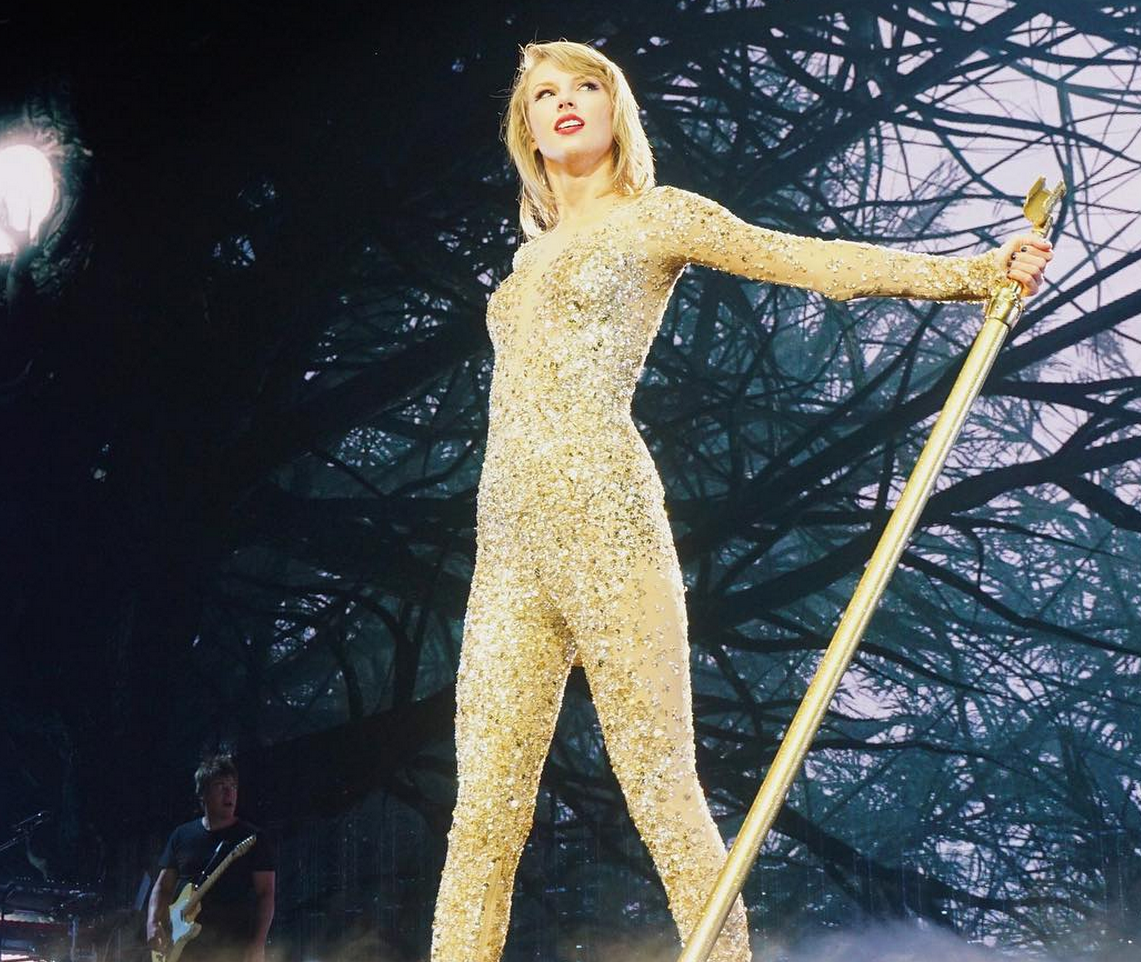