The 2016 Golden Globe Awards took place in Hollywood on Sunday night, and as always, Hollywood’s most talented stars were in attendance at the many swanky after-parties.

And some of the Kardashian-Jenner girls were there, too:

Yes, Kylie and Kourtney hit the red carpet at a party hosted by InStyle magazine, and it’s worth noting that there wasn’t a dude in sight.

Kourtney, of course, is single at the moment, but Kylie is – officially, at least – still dating Tyga.

Many believe the fact that the 26-year-old rapper was not by her side Sunday night could have something to do with the latest Tyga cheating scandal – and may well be an indication that Kylie has finally kicked her shady longtime boyfriend to the curb.

"Kourtney was not Kylie’s first choice as a date," a source close to the situation tells Radar Online.

"Kylie was supposed to bring Tyga as her date last night, but after this last cheating rumor she told him that she needed a break to think things over."

This "last cheating rumor" involves Tyga’s relationship with Annalu Cardoso – the 23-year-old Brazilian model that he was reportedly romancing behind Kylie’s back. 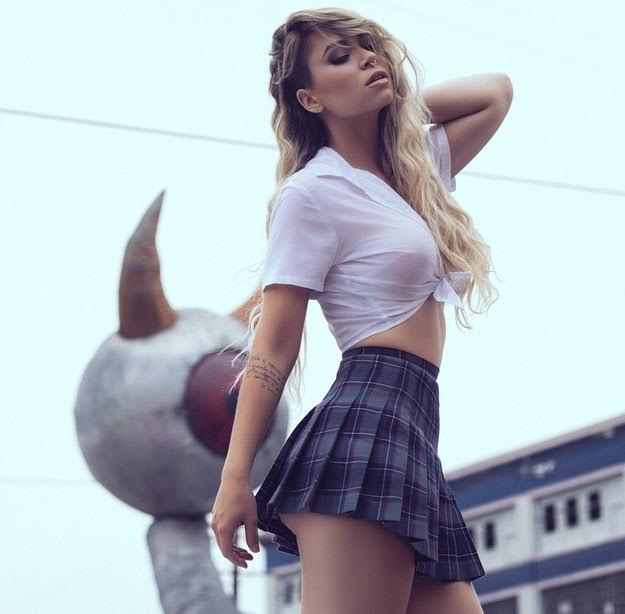 Of course, it probably didn’t help that that rumor came on the heels of reports about Tyga stalking and harassing a 14-year-old girl via social media.

Needless to say, things aren’t going so well between Kylizzle and T-Raww these days, and the 18-year-old reality star has reportedly been leaning on her sisters for support.

"Kourtney has been a huge source of support for Kylie," says one insider.

"Kourtney has taken Kylie under her wing recently because no one in that family knows how to handle a bad news boyfriend more than Kourtney does. She will help her get through this."

There aren’t many upsides to Kourtney’s situation, but one silver lining is that she certainly can sympathize with others who are unlucky in love.