A few months after canceling 19 Kids and Counting (due to that whole Josh Duggar molestation thing), the network has announced it has two specials in the works.

Neither special has a title just yet, but one will center on Jill Dillard, who is preparing to move to El Salvador with her husband and infant son to do some missionary work.

The other special will center on Jessa Seewald, who is expecting her first child on November 1.

Jill and Jessa, of course, made national headlines this spring when they were cited as two of their brother’s molestation victims; Josh will NOT be included in either program.

"What we will be following in these specials is Jessa preparing for her first child," TLC Executive Vice President and General Manager Nancy Daniels told The Associated Press adding:

"And we’ll be watching Jill preparing to make a major move to Central America with her family, which we know is something our audience will be interested in."

This is sadly true for a few million people. 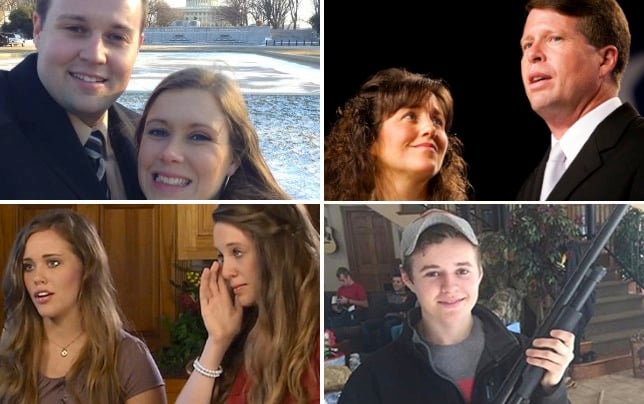 “They thought it was an important issue, and they showed an incredible amount of courage in sharing their story,” Daniels says of the project.

“We were struck by that courage, and by how they are moving forward. Our audience continues to be engaged with what’s going on in their lives.”

Fans of 19 Kids and Counting have literally watched Jill and Jessa grow up on television. The series debuted in 2008, back when Jill was only 17 and Jessa only 15.

It grew to become TLC’s most watched series, averaging 3.2 million viewers per week, until the network pulled the plug because, once again, Josh Duggar inappropriately touched numerous young girls, including his own sisters.