Just when we think things have simmered down between Jon and Kate Gosselin, the tension boils back to the surface, as it is wont to do.

At issue? Kate tweeting and quickly deleting a strange message about her ex that was probably meant for one person, not 245,000 followers.

NOTE: Those 245,000 people who follow Kate need to rethink life if they’re doing so for any other reason than catching gems like this …

“I’m in 24 hour protection mode here,” the single mom tweeted. “Can you find out where Jon DJ’s tonight and tomorrow pm literally ASAP?”

This was approximately 12:30 p.m. today. It was quickly taken down.

No explanation was given, and Kate – who threw shade at Jon in an interview last month, but only subtly so – has not addressed the tweet.

She’s made no secret of the fact that she thinks he’s a deadbeat, who the kids don’t even visit if they can avoid it, but this is out of left field.

Apparently Jon was as taken aback as anyone by the message.

He has “no idea” about any drama between the former couple, says an insider, who tells Radar Online, “he doesn’t know what Kate is talking about."

“She’s always up to no good … Jon really tries not to think about that stuff. He concentrates on his kids, his music and his own life.” 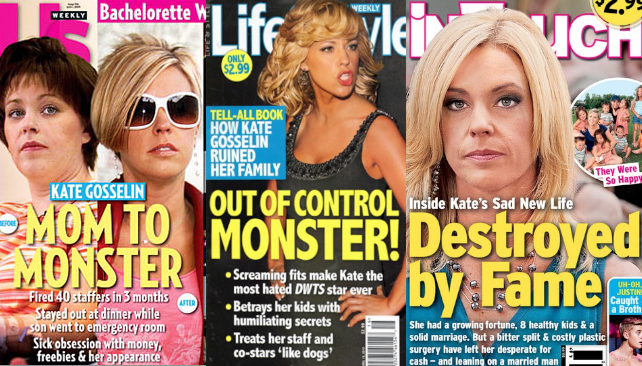 Jon and Kate have been at odds since their 2009 divorce … and probably a while before that, as she seemed like a beast to be married to.

Fans who recall the old school Jon & Kate Plus 8 days can attest.

Not that Jon Gosselin is some prize, or without fault, and not to rip Kate just because she’s female … but man, what a grating human being.

As for the "music" he’s concentrating on, and which Kate referenced in her message, he’s actually a working DJ in Pennsylvania these days.

(Jon may even run for political office, he says, which we strongly encourage him to do if at all possible, for the entertainment value alone.)

Again, it’s not clear where he’s DJing this weekend, or if Kate found out the answer to her desperate inquiry, or what "24-hour protection mode" means.

We’d grow eyes in the back of our head if we were Jon though.