Jason Biggs is known for speaking his mind.

The Orange is the New Black actor has gotten in trouble in the past for joking about the lost Malaysian Airlines flight and for slamming Bachelorette contestants as ugly and fat.

So at least this time the star is only mocking himself.

Having clearly packed on a few pounds, Biggs was the subject of a headline in The New York Post this week that read "Jason Biggs hits the gym after weight gain."

But instead of running away from the article, Biggs embraced it.

He posted the above image on Instagram and added as a caption: "Hey lay off me My coke dealer has been in prison ok?"

We can imagine some folks taking Biggs to task for making fun of a drug habit, but come on. That’s pretty darn funny.

Moreover, Biggs is helping raise his one-year-old son with wife Jenny Mollen while starring in The Heidi Chronicles on Broadway.

The guy doesn’t really have time to worry about his eating habits these days. 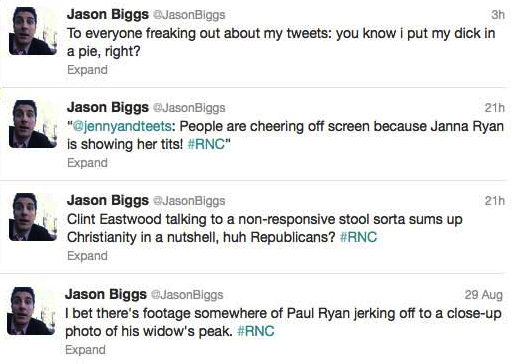