Justin Bieber is single, and not ready to mingle.

Coming off his well-received Comedy Central Roast, the singer sat down this week for an exclusive interview with USA Today.

In the feature story, Bieber continued to explain how he’s on a path to redemption, how he’s aiming to put his troubled past behind him.

"I’m growing, figuring some stuff out, as you do when you grow up," Bieber tells the newspaper. "You figure out what type of man you want to be, that’s where I’m at."

Bieber is in the midst of a public, strategic revamping of his image, one allegedly brought on when his team threatened to end his career a few months ago.

"I’m still young. I’m still trying to figure out who I am, and I’m just trying to have fun," Justin says in this new interview.

Does being young and having fun include a busy romantic life? No, far from it, Bieber explains.

"At this point in my life I’m so focused on myself that I’m not looking for a girlfriend. I’m just trying to make sure I’m 100 percent so I can add to the person I want to be with.

"I want a girl I can trust, who I can lean on. This business is hard, and I want someone I can confide in."

Bieber added that he’s had to abandon some people along the way to his new direction, those whose influence were bringing him down.

"I left a lot of people behind who weren’t on the same journey I was on, and I’ve got a lot of new people in my life who are pouring into me, and not taking away from me," says the singer. 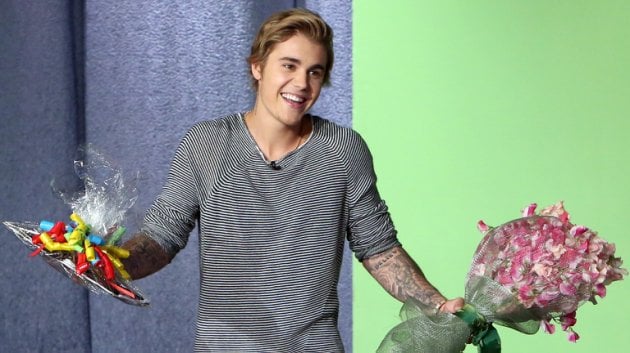 And in perhaps Bieber’s most open and honest quote to date, he also admitted that he grew far apart from his mother during his tumultuous run of terrible decision-making.

"We lost our relationship for awhile. She couldn’t really tell me anything; she would try, but I wasn’t listening to anybody and that sort of sucked. But our relationship is getting better now; we’re getting it back."