It’s been awhile since anyone STAIND the National Anthem quite like Aaron Lewis did at the World Series last night. See what we did there twice?!

The rock band frontman turned solo bungled "The Star-Spangled Banner," replacing "at the twilight’s last gleaming" with "were so gallantly streaming."

He then repeated the lyric in its correct place a few moments later, but the damage was done, the cameras captured it, and the Twitter critics let him have it:

The gaffe, while subtle enough to miss if you were totally zoned out, triggered a grumble among fans in the crowd, and some of the players noticed as well.

In a statement on his website, Lewis blamed the mistake on nerves:

"All I can say is that I’m sorry and ask for the Nation’s forgiveness. My nerves got the best of me and I am completely torn up about what happened."

"America is the greatest country in the world and ‘The Star-Spangled Banner’ means so much to so many, including myself," the Staind singer said.

"I hope everyone can understand the intensity of the situation."

Lewis insisted the "true intent of this performance" was pure and "I hope that the Nation, Major League Baseball and the many fans of our national pastime can forgive me." 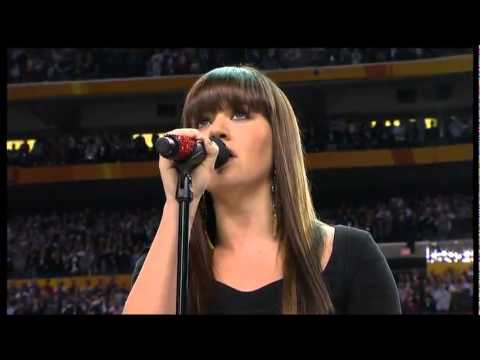 No one can accuse him of not caring or ducking the issue.

Making things worse for Lewis, a video from a 2011 concert surfaced showing him trashing singer Christina Aguilera for a performance of the song.

"I don’t understand how people that sing the national anthem could be so f–king self-obsessed that they would try to change that f–king song," he said.