New challenges are ahead on Teen Mom OG.

At least one new child is on the way.

New drama, new storylines and plenty of new controversies are also on tap.

But the first trailer for fresh episodes of this beloved MTV reality series focus mostly on the two new mothers set to take the show by storm.

Are you ready to delve into the lives of Bristol Palin and Cheyenne Floyd?

The former, of course, is the daughter of ex-Vice Presidential candidate Sarah Palin.

You may think you know her well due to her time in the spotlight several years ago, but Bristol reveals in this preview that her (now former) husband, Dakota Meyer, is suffering from PTSD due to his time in the military.

And it’s tearing her relationship apart.

"We don’t know how to coexist together," Palin says here. "I don’t want to raise my kids to think this is what a marriage looks like, you know?"

Meyer is the father of Bristol’s two oldest children; and Levi Johnston, the father of her first son, will also be appearing on Season 8 this fall.

Elsewhere, Floyd – who first appeared on MTV’s Are You the One, prior to competing on The Challenge: Rivals 3 – will be juggling two men as part of her Teen Mom OG role.

One is Cory Wharton, the father of her daughter, Ryder.

The other is a boyfriend named Zach, who, as depicted in this video, will find himself at the center of drama between the exes, their custody arrangement and how much time he spends with Floyd’s adorable child.

That’s a bit of background on the new OGs.

What about the original OGs?

Catelynn and Tyler Baltierra will openly wonder whether they have a future together, with the latter dropping the most heartbreaking quote of the promo when he comes right out and admits:

"If someone asked me, ‘Are you happy in your marriage?’ I’d say, ‘Absolutely not.’"

Maci Bookout and husband Taylor McKinney look to be having serious issues with Maci’s ex, Ryan Edwards, while Amber Portwood and boyfriend Andrew Glennon are at least in new baby bliss. 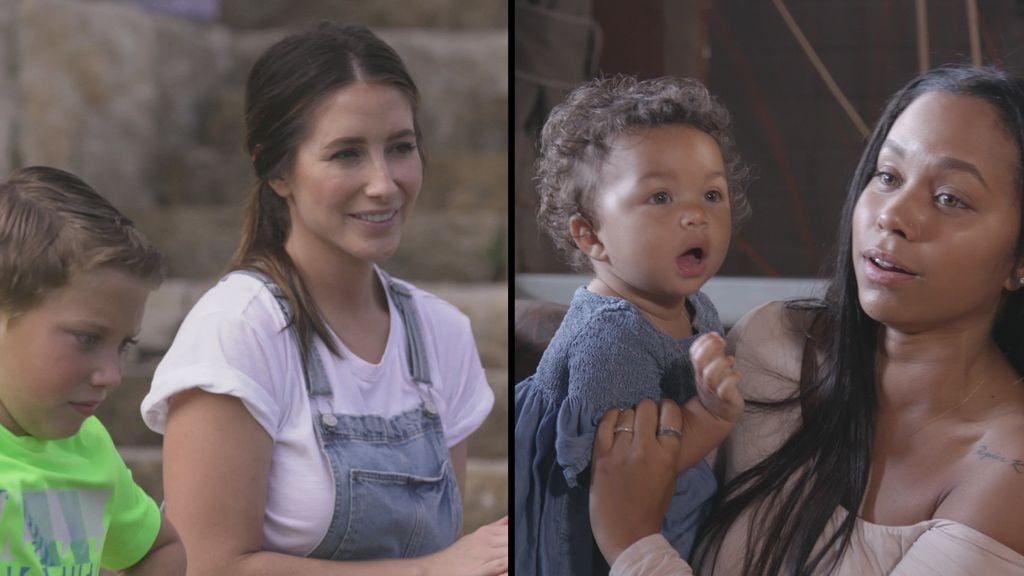 Will that last, however?

And how will these long-time cast members react to the presence of Bristol and Cheyenne? And Sarah Palin herself?!?

Check out the explosive teaser now and then prepare for Teen Mom OG to return with new episodes on October 1 at 9/8c.