Back in October, an episode of Teen Mom 2 shocked fans and had a major impact on the lives of several people involved with the show.

Viewers were floored by the scene in which Kailyn Lowry revealed that her ex-husband, Javi Marroquin, tried to have sex with her in a gas station parking lot.

This was a problem, of course, as Javi was engaged to Lauren Comeau at the time.

That wasn’t the case for much longer, as Lauren dumped Javi in response to the episode.

But this time seemed different.

This time, fans assumed, Lauren would stick to her guns and Javi would remain dumped.

For a while there, it looked like that was exactly what would happen.

In Instagram videos Comeau referred to herself as a single mom who was living on her own in a new state.

(Lauren is originally from Maine, but she moved to Delaware for Javi.)

Lauren even went so far as to suggest that Javi and Kailyn were having an affair the entire time that she, Comeau, was engaged to Marroquin.

Needless to say, it sounded as though these two were 100 percent over, and it was difficult to imagine circumstances that could possibly bring them back together.

Now, however, it looks as though Javi might have once again talked Lauren into giving him a second chance.

On Sunday, Javi and Lauren attended church together along with Eli, their son, and Lincoln, Javi’s son from his marriage to Kailyn.

The family seemed to enjoy their time together, as Lauren showed off the Tom Brady jersey that she wore to celebrate the GOAT’s tenth Super Bowl appearance.

The pic was posted by Javi and Lauren’s church, not by the couple themselves.

Still, it wasn’t long before it made the rounds on social media and fans got to have their say.

Not surprisingly, most of the commenters were not crazy about the idea of yet another Javi-Lauren reconciliation.

And many made it clear that they would stop supporting Lauren if she gave Javi another chance.

"She’s more of a clown than him," a third remarked.

"This is weird. Can we please cancel Lauren and Javi," a fourth chimed in.

Now, to be fair, there’s no reason to believe that Comeau and Marroquin are back together or even that they’re thinking about giving their relationship another shot. 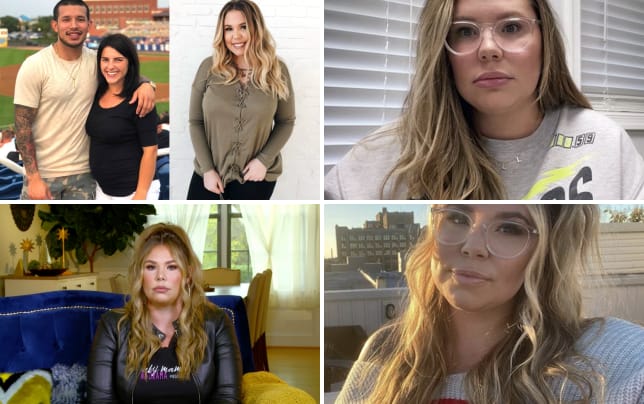 But in the past, these two have demonstrated a troubling inability to stay broken up.

As for the fact that they seem to be having so much fun in one another’s presence — well, let’s just say the commenter who kicked off the reconciliation countdown might have been onto something.

We’re hopeful that these two are just getting along for the sake of their kid.

But there’s no denying that Lauren seems to have a real weakness for Javi, and somehow, it gets worse the more he screws her over.