It’s no secret that, for whatever reason, a sizable chunk of 90 Day Fiance fans don’t like Deavan Clegg.

For some of them, they just ignore her. Others troll her page with insults.

Deavan is clapping back at some vicious body-shamers who have gone after her.

But now she’s being accused of ripping off Jess Caroline’s epic clapback.

"For people shaming me for my weight gain.." she began.

Though body type or weight are very poor indicators of health, some weight gain after a stressful time period can be a healthy sign.

Deavan continued, lamenting "people constantly laughing and pointing it out."

What’s so twisted is that, for some of her haters, it’s no longer as fun until they drag other people into it.

"I see alot of fan pages or more so hate pages towards me," Deavan observed.

She revealed that these haters have been "shaming both mine and my boyfriends body" for perceived imperfections.

"We are healthy and thriving," Deavan declared of herself and boyfriend Topher Park.

"I’ve gotten so many private messages the past couple days," Deavan shared.

She detailed that these were DMs "of people describing how disgusting my body is."

"And," she continued, they were informing her that "I should lose the weight."

"Suffering from an eating disorder in my early teens and early 20s," Deavan recalled.

She expressed: "you can imagine how much this would effect me."

Body-shaming can lead to worsened disordered eating, which can cause lifetime damage or even death.

"And you know what?" she wrote. "I’m better than that and I’m strong."

Deavan shared this photo on her Instagram, showing a time when she was woefully underweight.

"In the second photo I’m only 115 pounds.." she shared. That weight could be healthy for some but NOT for others.

"The body shaming lately has become sickening," she expressed.

Deavan wrote that it’s upsetting "whether it’s my body or my face."

"It’s not okay to shame anyone for how they look or want to look," Deavan concluded.

Body-shaming is simply inexcusable. Criticize someone’s character or choices if you want to, but not their flesh prison.

And quite frankly, even if we felt the same way as Deavan’s haters clearly do, we’d still be noting that.

But some fans gave her a hard time — of course, hurling renewed criticisms of her face and body.

Others accused her of copying Jess Caroline by clapping back at body-shamers in the hope of getting attention.

We would think that the fact that her post is only getting more hate from trolls would be evidence enough that Deavan has no incentive to make herself more of a target. 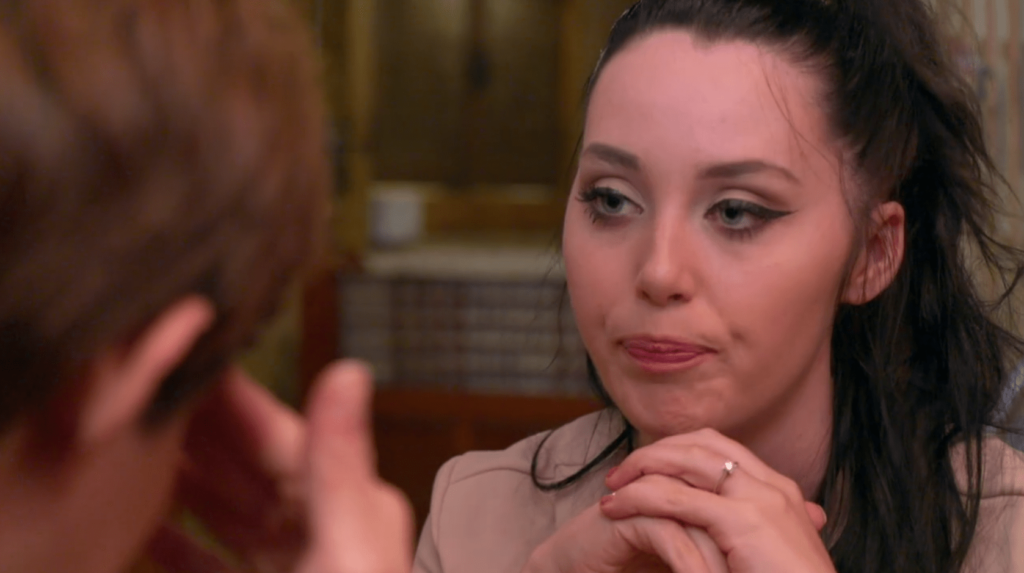