Don’t Be Tardy star and all-around hottie Brielle Biermann has a lot of prospective suitors.

Her mom says that Brielle seems to be an absolute magnet for major athletes, in particular. Honestly, who could blame them?

Kim Zolciak spoke on the HollywoodLife Podast about her eldest daughter, 23-year-old Brielle Biermann, and her array of dating options.

“A lot of athletes DM Brielle,” Kim reveals, to absolutely no one’s surprise.

Kim cannot help but point out that as a professional athlete himself, her husband Kroy can offer insight into these prospective dates.

Explaining what she means by that, she continues: "you know, he definitely verbalizes what men want."

Kim … that is not a secret. Generally, it’s also what women and non-binary people want, too. It’s a huge part of why people date.

“We all know, obviously, kind of what they want," Kim admits.

"But," she adds, "there’s those few far in-between guys that definitely want a relationship and a connection.”

Kim added that line in to make it clear that she’s not condemning the entire athletic world to the label of horndogs.

She knows that there are men, even those who slide into Brielle’s DMs, who are interested in more than just blowing her back out.

Brielle is no stranger to romancing an athlete, of course.

Before he was married to (or divorced from) Vanessa Morgan, baseball pitcher Michael Kopech and Brielle were a hot item.

Like, a seriously hot item. If these two were driving a truck and it hit, you, you’d crawl to the curb and say "thank you."

Kim does explain how having Kroy as her husband — for nine years, now — does give her a useful advantage when advising Brielle on her prospects.

“Kroy’s worked with them," she says of some of these world-class athletes.

"And he has a lot of great friends that are athletes as well," Kim adds.

In other words, he can give her and Brielle a heads up on who wants to hit and quit it.

"I mean, I think everybody’s different,” Kim acknowledges, again making it clear that she’s not painting all athletes with the same brush.

Every mother has opinions, solicited or otherwise, on what sorts of relationships her children should be in.

Given the choice, Kim says, she wants Brielle to find herself a partner who will make her as happy as Kim herself currently is.

“I mean I would like a Kroy,” Kim expresses.

“I think somebody that’s dedicated and committed…" she describes, as if placing an order at a Build-A-Boy Workshop.

"I want somebody that is her partner," Kim concludes.

That does sound like a pretty ideal relationship situation. Best of luck to Brielle on her "manhunt." 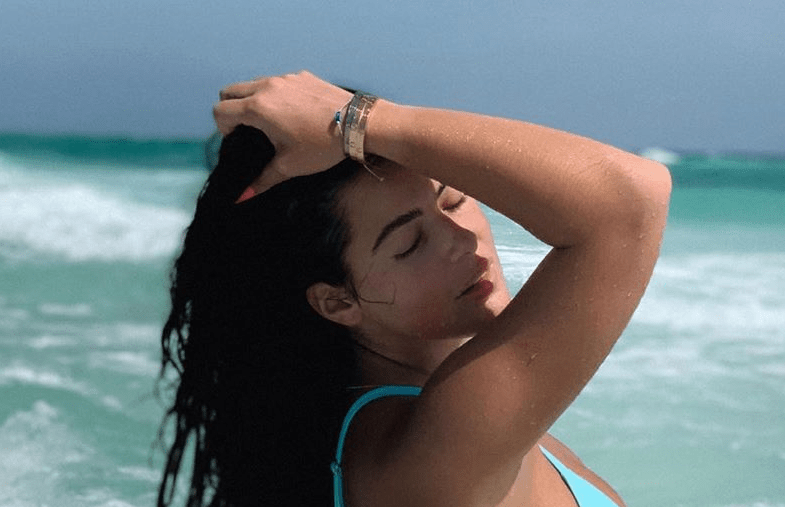 Brielle Biermann’s Hottest Pics Ever: The Thirst is Strong With This One