But she admits that she felt lost, shattered, and overwhelmed during her time in the spotlight … and can’t bring herself to watch any of it.

On a recent episode of Kaitlyn Bristowe’s Off The Vine podcast, Hannah Brown is reflecting on her intense TV journey.

“When I think of Hannah then and I was also looking at my journals today, I’m like, ‘Oh, sweet baby,’” Hannah begins.

“[I was] just was so doe-eyed and so innocent," she says in reflection.

“I’m proud of my season and how I grew from that," Hannah affirms.

"But to know that there has been a lot that’s happened since then and to watch somebody else and realize that was me," she adds.

Hannah explains: "People were sitting like I was, watching me, like, do my life, not play a character."

“And I think about the impact of all that," Hannah notes.

She adds that "[What] people saw on TV wasn’t just a two-hour week thing that then got talked about Twitter."

"No, I’m still healing and learning from that first two hours I was ever on TV," Hannah says, "and just realizing the impact."

Hannah notes that "like a whole season later was difficult."

"I want to watch [Clare Crawley] and be a part of it," she says.

"But," Hannah shares, "I definitely think that there’s a part of me that has to step back a little.”

“Me being me is making some big mistakes," Hannah acknowledges.

"But," she says, "those victories that I do have are going to be so much more impactful and satisfying for me."

"For my career to be what I want it to be, I’d got to, like, know Hannah," she explains of her work with a therapist and a life coach.

Hannah says that she wants to "know exactly what motives me and not just externally but internally and I think I’m still in that discovery mode."

“Ultimately, what I think I’ve been put on this earth to do is connect with people," Hannah expresses.

From her reign as Bachelorette to her DWTS victory, she has certainly done that. With her

“I think I found the hardest, most draining distraction I could find to not deal with what had gone on,” Hannah said of her DWTS experience.

“It was just back-to-back-to-back," she notes. "I’m so thankful for winning and it was the best experience."

"You have a physical therapist and doctors on staff," she reveals.

Hannah then characterizes it "but it’s a ‘we’re going to ease the pain so you can get through.’"

"And that’s how I lived my life," Hannah explained, "like, ‘I’m getting through, but we haven’t fixed the problems yet.’”

She admits that she was absolutely “not OK” during her time on the comptition, commenting: “I was having breakdowns."

“I had to look within," she saysof reflecting upon her time in the spotlight.

She continues: "Like, ‘What just happened? What has the past year and a half been like and who even were you before that and have you lost the girl or is that girl the same or just different or am I just somebody that I didn’t even recognize?’”

“There was a lot of things I didn’t like about me anymore," Hannah reveals, adding that a friend recently told her that she was “back.”

She recalls: “She was like, ‘I remember coming home crying because I could just tell you were just so broken and so distracted and just not you.’"

"And she was like, ‘I know it’s been hard for you the past few months, but you’re back and I missed you,’” Hannah shares.

“It killed me," Hannah confessed, "but it was so validating because I know I did a lot of work."

"I lost sight of things because I couldn’t even stand to look at it all and feel the pain," she admits.

"But," she continues, "I finally did and I actually like this person again.”

“Being filmed 24 hours a day for however long and it’s only [on] two hours a week," Hannah says, "there’s only so much that people get to see."

She acknowledges: “I guess I still am a very polarizing ‘character’ … People either love me or hate me but especially on The Bachelor it was like that."

"But as far as that time, it was a freakin’ blast,” Hannah comments as she and Kaitlyn agree that they had more fun as contestants.

“My parents were like, ‘Why do you want to move back right now? I don’t understand,’” Hannah says, referring to her move back to L.A.

“I had to get out. It wasn’t [a feeling of] comfort anymore, it felt so complacent," she admits.

Hannah explains: "I really wasn’t doing what I was supposed to.”

“There are some things that I would never want to do again and would not want to live through again," Hannah expresses.

"But," she continues, "I do believe that there were lessons that I had to learn for being prepared of what’s to come."

Hannah has not gone back and watched her season — but she imagines that, some day, she could be in a place to do that.

"Somebody asked me about what it would be like if I watched it," Hannah says.

She continues: "kind of knowing what I do know — even about the relationships — watched it through the lens of me now."

"I would love to be able to do that, but I think it’s going to be a process." 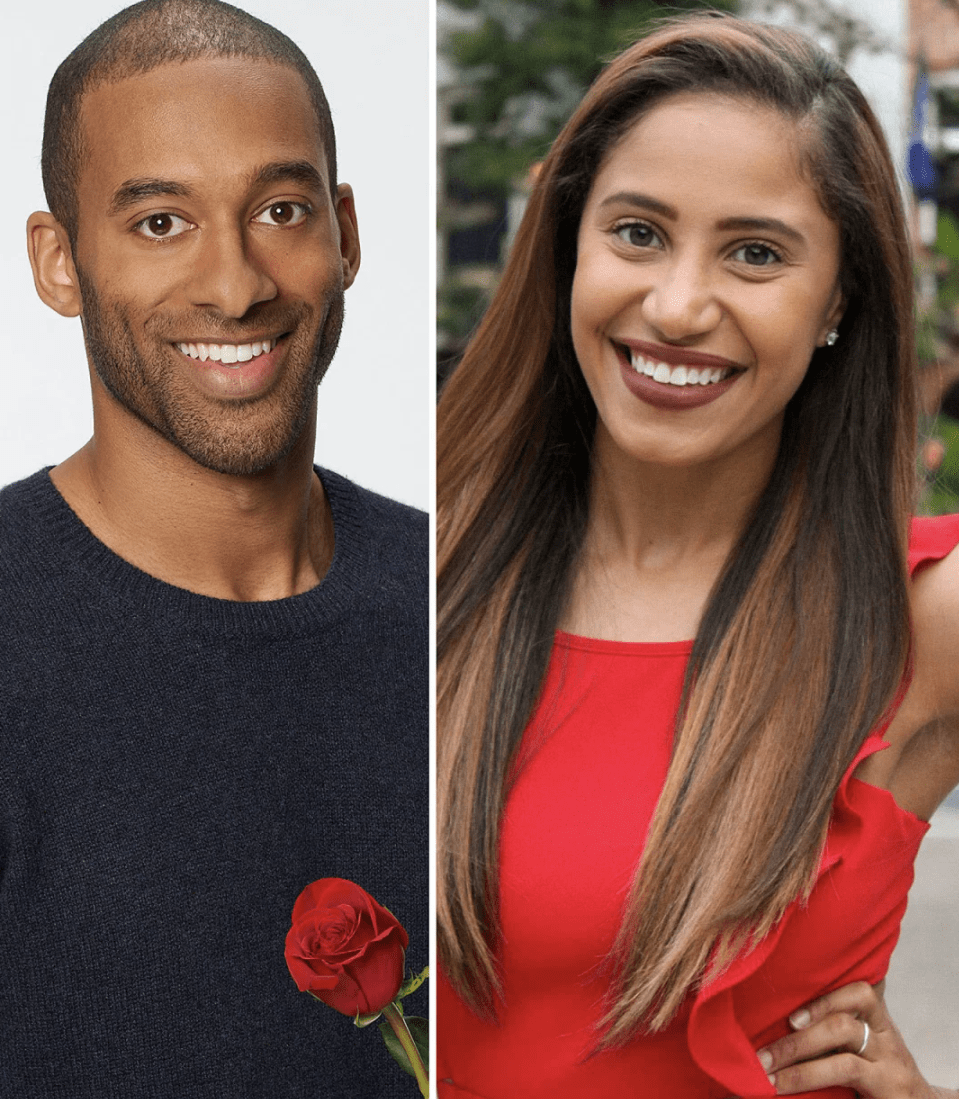 The Bachelor Casts Matt James’ Ladies! Who Will Win?