A year later, she’s looking as hot as ever — but body-shamers and concern trolls are still fuming. Why?

The torrent of body-shaming and concern trolling began with this simple photo.

It’s a great throwback to her famous role in the 2005 Dukes of Hazzard film that should never have existed.

It was also a great way for her to flaunt her incredible weight loss.

As we reported a year and a half ago, Jessica Simpson welcomed her third child just before the beginning of spring in 2019.

Before giving birth, her body had of course grown significantly larger, as bodies tend to do during pregnancy.

Jessica would later reveal that she had lost a whopping 100 pounds after flaunting her post-baby body.

Months of vigorous exercise and hardcore dieting saw her return to a more modest weight.

It was at the reminder of the volume of her weight loss that the concern trolls pounced.

"Sorry but no one should gain 100lbs during pregnancy it is NOT healthy in any way. She is hella reckless," admonished one cruel troll.

Fun fact: weight gain during pregnancy is normal, and can vary wildly from a few pounds to several dozen pounds depending upon baby size, mother size, and genetic factors.

The only surefire way to curtail weight gain during pregnancy is to deny yourself calories … which is not necessarily good for the baby.

Another shameful troll accused Jessica of lying about her weight loss methods.

"Gastric bypass, liposuction, skin tightening, lasers, etc," the troll commented. "When you’re a millionaire you can pay lots of money to get back in your 11 year old jeans."

While wealth is a major factor in successful weight loss stories, it’s not as simple as paying for surgical solutions.

Jessica has clarified that she lost weight after giving birth by walking as much as 10,000 steps per day.

Additionally, she put herself on a strict diet that left her extremely tired of both cauliflower and eggs.

Honestly? Just reading that makes us a little tired of cauliflower and eggs, so that’s fair.

Jessica of course had her defenders, who told people to buzz off and stop their weird concern trolling of her.

If her wealth played a role in her weight loss, it comes down to the three things that wealth can afford you: time, nutrition, and peace of mind.

If you work 40 or more hours per week, especially if you have other responsibilities (such as being a parent), you likely don’t have time for 10,000 daily steps, or to prepare meals that are both healthy and edible.

But folks, Jessica is not trying to encourage others to follow her extreme weight loss plans, or to put on pregnancy weight, or whatever.

She’s literally just sharing her own personal weight story. It’s none of our business, but she shared it anyway. 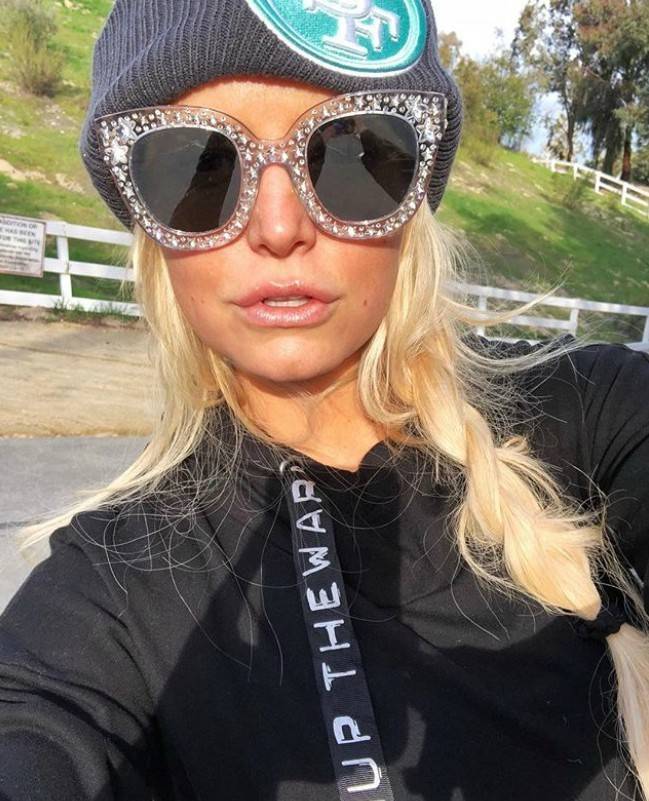