Now that Rob Kardashian is focusing on his health and putting his life back together, he’s taking another important step.

He is once again dating!

Us Weekly spoke to an inside source on how Rob Kardashian is doing.

The 33-year-old sock designer is said to be working on himself these days.

And the insider details that Rob "is casually dating."

Model Aileen Gisselle shared an Instagram Story that at least appeared to show the two of them on a romantic night out.

That’s not quite the same thing as verbal confirmation that they’re dating, but now a source can at least acknowledge that Rob is going on dates.

He wowed fans and followers by looking trimmer than usual.

Rob had attended Khloe’s birthday party, and fans found the photos from it encouraging.

Speaking of encouraging signs about his self esteem and sense of well being, Khloe was dropping hints back in July that Rob might be "coming back around."

Around to where? To Keeping Up With The Kardashians, appearing on camera yet again.

Rob has been conspicuously absent from recent seasons … but now, he’s returning to the swing of things.

Since Khloe first teasted the possibility, it has been confirmed by insiders that Rob "will be on the upcoming season"

The sources have detailed that he will film, "just not a lot."

It makes a whole world of sense for Rob to first wade into the shallows instead of plunging headfirst into the deep end. Reality TV cnan exact quite a toll.

Keep in mind that people cheering on Rob for having a trimmer figure are not in any way body-shaming him for his weight gain.

(Well … some of them may be. We here at THG can only speak for ourselves)

Rather, they see this — and his return to appearing on camera — as an indicator that he is putting his life back together and working on his mental and emotional health.

See, according to his family’s characterizations, Rob followed through on his late father’s hopes for him … but after college, he felt rudderless and without direction.

A combination of factors including some bad habits and depression led him into a pattern of behavior where he avoided the spotlight and gained weight.

The more weight that he gained, the more he feared returning to the spotlight.

That makes a lot of sense. The Kardashian brand is largely tied to the bodies of its members.

From Kylie and Khloe’s legendary body transformations to Kendall’s supermodeling to Kourtney’s enduring MILFdom to Kim’s sex tape and internet-breakage … it’s a lot.

We all know how cruel social media trolls can be, especially to anyone perceived as being overweight.

So no one blames Rob for having hidden from the world.

The last time that he appeared to be emerging from his cocoon was when he and Blac Chyna first began dating.

Obviously, that ended in catastrophe. The two are still engaged in a court battle over custody of Dream.

We say that in reference to Rob coming out of his cage and inching his way towards the perimeter of his family’s spotlight.

But we also very much mean that in terms of his dating life. No matter whom you blame, what happened with Blac Chyna cannot happen again.

Incidentally, Chyna has said that she thinks that it is a "positive thing" that Rob is returning to his family’s show.

It may be that she is encouraged that the father of her daughter is improving his emotional well-being.

It is also entirely possible that she was just being poltie when ambushed by eager interviewers.

We, too, are encouraged by Rob’s emphasis upon wellness this summer.

There is no doubt that some heinous trolls will engage in body-shaming or worse aimed at Rob.

But he should remember that they do the same to his sisters. Their attacks are never about the target’s weight, but about their own insecurities. 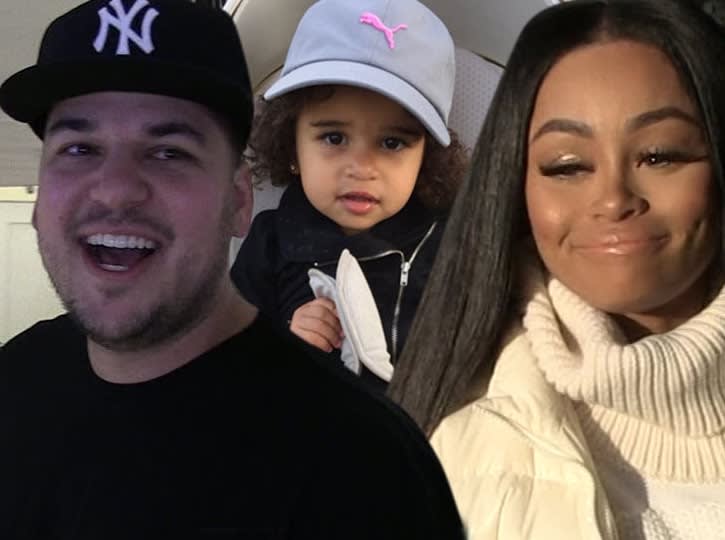 Rob Kardashian Seeks Full Custody of Daughter, Accuses Blac Chyna of Cocaine Use (And a …