Our long national nightmare is, at last, over.

According to various reports, Chris Harrison has returned as host of The Bachelorette.

Last week, word broke that Harrison had left the show’s bubble in a California resort in order to drop his son off at college in Texas.

Not only did Harrison break the program’s strict pandemic-related rules about staying on the ground of his hotel, he was spotted also breaking the rules of Texas Christian University because he wasn’t wearing a mask.

As a result of Harrison’s actions, he reportedly had to isolate himself for several days before being permitted in front of ABC cameras again, resulting in JoJo Fletcher having to fill in as Season 16 host for a bit.

We have no beef with Fletcher.

But come on now.

It’s literally impossible to imagine The Bachelor or The Bachelorette without Harrison at the helm.

Thankfully, the 49-year old was just spotted this week in a white button-down shirt and dark pants — along with a necktie while carrying his suit jacket — outside the La Quinta Resort & Club in Palm Springs, California, on Sunday, August 16.

Entertainment Tonight has published the photographic evidence and everything.

Which is rather fascinating, isn’t it?

Crawley, of course, was cast as The Bachelorette this spring.

But reports have since indicated that she lasted a mere 12 days as the lead because she fell in love with a suitor named Dale Moss, to whom she may even be engaged already.

These same reports then stated that Clare was removed as The Bachelorette and Tayshia Adams brought in as her replacement.

The question must therefore be asked: What was she still doing on set as recently as this past Sunday?!?

We really have no answers at this point.

Without having aired any footage from the upcoming season or even confirmed any of these rumors, producers have managed to stir up an incredible about of excitement and anticipation over new Bachelorette episodes.

But they’re sort of all over the place at the moment.

Crawley, though, was all smiles on set on Sunday in ET’s snapshot, donning a pink dress and talking to Harrison and two members of the show’s crew, both of whom wore face masks.

Is she still filming the show?

Or is she perhaps under quarantine on the aforementioned resort before she’s allowed to go elsewhere in the world?

Again: we have so many more questions than answers right now.

Harrison, meanwhile, “was not happy” about having to quarantine, an Us Weekly source claims.

“He insisted he simply dropped his son off in his dorm room and left, social distancing the entire time," explains this tabloid.

The source noted that producers had discussed different options and planned to reconvene after Harrison’s coronavirus test results returned, which is probably why he was able to go back to the set this weekend.

The Bachelorette will move to Tuesdays and premiere this fall. 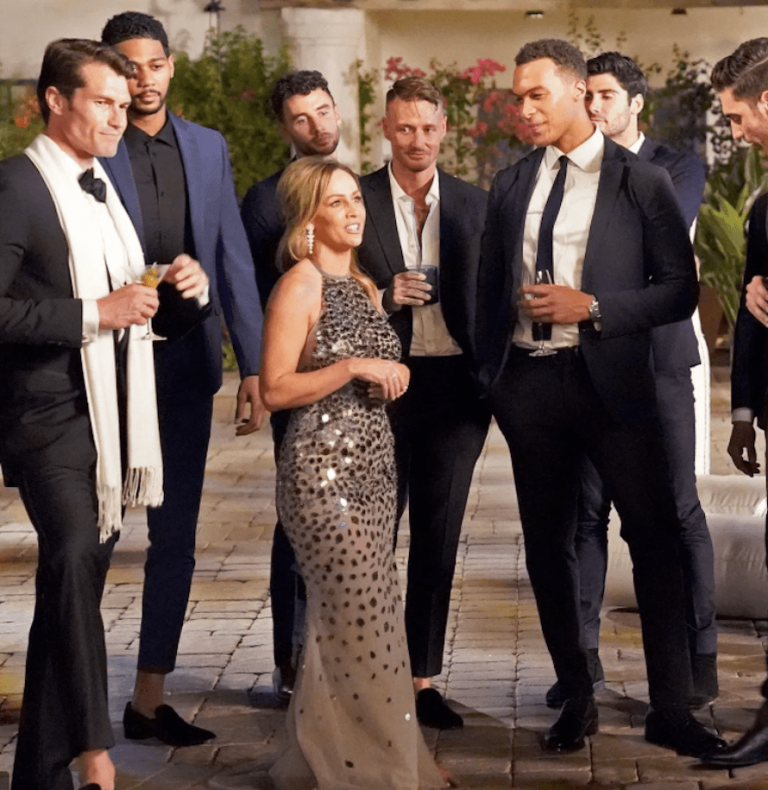