On a near-weekly basis during every season of The Bachelor and The Bachelorette, the venerable host of the franchise, Chris Harrison, prepares viewers for an historic Rose Ceremony.

To be honest, he may exaggerate on occasion.

But the following is not an exaggeration of any kind:

Clare Crawley’s upcoming season of The Bachelorette will, unequivocally, be unlike any other season in the history of this television program.

Filming on the season, of course, was disrupted this spring by the COVID-19 pandemic, which has shut down every production in Hollywood.

ABC confirmed just this month that The Bachelorette will be one of the first show to resume shooting, with Crawley and her suitors expected to quarantine and to take every safety precaution possible against infection.

It’s hard to picture how this will look.

We do know, however, that the program will film in a gigantic, gorgeous resort that features 41 swimming pools and, presumably, plenty of room for cast and crew members to keep their distance.

Now, meanwhile, we also know what will happen if a suitor tests positive for the coronavirus that has plagued Earth in 2020.

Really, this is a situation that has to be accounted for going forward if this show is really going to be filmed, you know?

There’s just no way around it. But there is a contingency plan, similar to what happens if a trial jury loses a member.

Their names will not be released ahead of time to the public.

And they may never get a chance to win Crawley over.

But if a potential husband gets sick? If a test comes back positive?

Boom! It’ll be show time for one of these extra.

"I’m hearing this season they have way more guys flown out there than will eventually end up on the show, and that’s to have other guys ready to go if any test positive for COVID upon arrival."

"But in typical Bachelor fashion, it’s not like they’re telling any of the ‘extra’ guys they flew out that they’re basically just a standby person."

Wait, so… they’re just straight up lying to these men?

Leading them on? Pretending as if they’re part of the main two dozen-plus who will be vying for Clare’s affections?

Indeed they are. And that ain’t cool.

It’s unclear whether Crawley is aware of this situation – but the 39-year old is ready for whatever adventure is about to come her way.

Earlier this week, the aspiring wife penned a pep talk of sorts to herself on Instagram.

It began as follows:

"Dear self- I want to thank you. You walked on so many difficult journeys these past few years. You fought battles- with those who love you, and with those whom you love.

"You were let down time and time again, but you didn’t let it shatter your faith in relationships, in love."

You’ve had to prove your worth to those unworthy and you were broken – more than words can explain but you have been reborn.

So, I want to say that I’m proud of you. I know how hard it has been.

I cannot thank you enough for taking care of me.

I promise that I will continue to take care of you too.

Keep on fighting. You know you can do this. 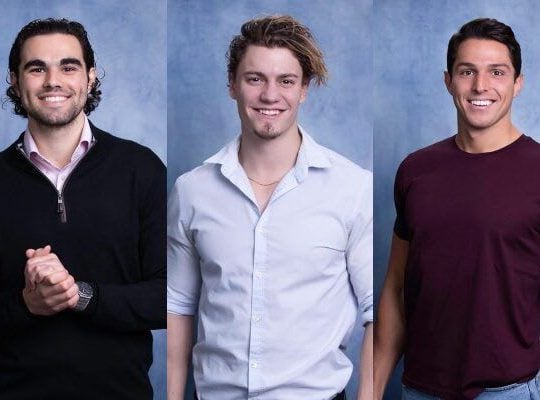