If you’re a Vanderpump Rules fan, then by now, you’ve probably heard the surprising news that Stassi Schroeder and Kristen Doute have been fired from the show.

We should note here that the firing is only shocking in context of the history of the show, as producers have put up with virtually all manner of problematic and abusive nonsense from the cast.

It’s not all that surprising once you find out exactly what sort of appalling behavior Stassi and Kristen have been accused of.

After all, even Bravo has to draw the line somewhere … eventually.

When it was first revealed that Stassi and Kristen had called the cops on Faith Stowers — one of only two black cast members to ever appear on Vanderpump — the story was largely ignored.

But when Faith repeated the story in a recent podcast interview, the right people finally paid attention.

This time, Stassi and Kristen finally faced some professional consequences for their actions and they were promptly dismissed from the show that made them famous.

At this point, it’s anyone’s guess what the series will look like going forward.

Newcomers Max Boyens and Brett Caprioni were also let go amid allegations of bigotry, and many feel that the best move now would be to cancel Vanderpump Rules entirely.

But if the remaining cast does attempt to find a path forward, you can bet Scheana Marie will be leading the way.

Yes, Scheana — the former hostess and still-aspiring popstar who started it all.

In the early days of Vanderpump, Scheana was a stand-in for the audience — a newcomer in West Hollywood and in the heady world of Lisa V’s Sexy Unique Restaurant.

As the years went on and the show shifted directions, Scheana was sometimes left floundering without much of a storyline.

But through it all, she’s remained defiantly herself — and this could be her time to shine.

As Us Weekly points out, Scheana seems well aware of the opportunity, as she’s been liking tweets from fans who are openly looking forward to a Scheana-centric Vanderpump.

“[Scheana] really stayed winning after all this, such a icon,” wrote one follower.

“I guess Scheana really is the #1 girl in this group,” a second tweeted.

“I hope it’s the Scheana show! She deserves more airtime! With her hot new mans,” a third chimed in.

“Scheana is nice and can be very upfront as well which is a good reality star!” a fourth remarked.

Scheana probably didn’t mean to kick her newly-fired friends while they’re down, but even if she did — who could blame her?

Stassi and Kristen have both delighted in mocking Scheana’s music career and her failed relationships.

If the woman wants to snack on some sour grapes at this point, we say let her have at it.

Look, Scheana is frequently corny and naive, but no one has put in quite so much work for this show.

And say what you will about Ms. Marie, she’s always been unproblematic.

Even when Vanderpump producers tried to make Scheana look like a pedophile, she rose above that mess.

Yes, as you may recall, editors manipulated footage in order to make it look as though Scheana was discussing the possibility of dating Stassi’s teenage brother, Nikolai, during a confessional segment.

And the fact that that grossness is no longer among the season’s top five scandals should tell you everything you need to know about problematic this show has become.

Through it all, Scheana has tolerated abuse from co-stars and viewers, despite the fact that her own behavior was never more problematic than being a bit too into the guy she’s dating.

While everyone else on the show got sloppy drunk and engaged in ugly screaming matches, Scheana stuck to her fitness routines and kept the drama to a little light gossipping.

You can’t be a reality star for as long as Scheana has been without embarrassing yourself on occasion.

But the big difference between Scheana and the rest of the cast is that she never made an effort to drag anyone else down with her.

Whatever the injury or random medical ailment, Scheana suffered the brunt of it herself.

Sure, she might have aired her grievances a bit more loudly than some folks would have liked.

But compared to what her co-stars have been up to lately, Scheana’s shenanigans look mighty insignificant.

It’s about time she was rewarded with some more screen time and a triumphant return to the center of the Vanderpump universe. 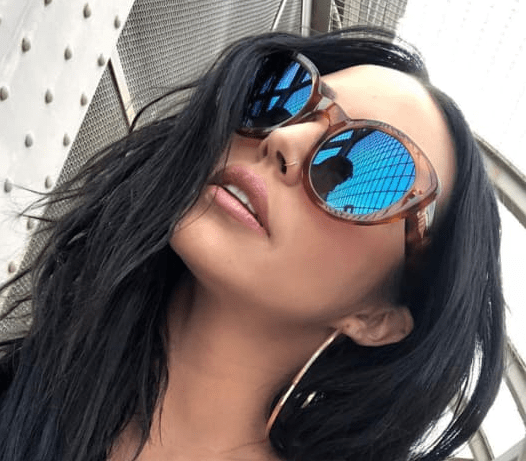