After Tamra Judge and Vicki Gunvalson’s departures from Real Housewives, they’re taking time to assess their reality careers and their futures.

Or are they just going on filming? New reports and photos show the two of them appearing on camera.

Earlier this month, Vicki Gunvalson shared a curious image of her and Tamra Judge.

The pair of ousted Real Housewives appeared to be chatting while what looks like a professional camera crew filmed them.

The two are apparently filming for a new show that is totally unaffiliated with Bravo or RHOC.

That’s a little surprising, but Bravo must have given them both permission to do this, as they reportedly have a one-year no-compete clause.

But if anybody thinks that this meant that Vicki and Tamra were filming for Season 15, they have another thing coming.

An inside source recently opened up to HollywoodLife about Vicki Gunvalson’s current situation.

"And," the source adds, Vicki "wishes her the very best."

The report continues: "And enjoying focusing on her Coto Insurance business and her clients."

Vicki is also said to be "planning trips to see her grandsons in North Carolina."

"And," the insider adds, "getting ready to close escrow on her new home in Puerto Vallarta."

"She’ll be focused on her new podcast Whoop it Up with Vicki," the source says, "and excited to see what life will be like without RHOC."

"She’s excited for what’s to come," the insider expresses.

The source explains: "She was filming with Tamra on a secret project."

"And," the insider continues, Vicki "is excited to share with you what that will be in a few months."

So, maybe some time this spring (or perhaps summer), Vicki will spill the beans.

Now, there have been some rumors of Tamra making a return this year, in Season 15.

"Production hasn’t been informed of Tamra’s potential plans to film here and there for this season,” the source noted.

“She hasn’t notified them of anything nor has she signed anything yet," the insider added.

The source characterized: "It’s all still up in the air."

We should note that the only rumors that sound legit are that Tamra will return next year, to Season 16.

Tamra herself said in an interview that Andy Cohen had all but promised her this.

Some people have gotten confused and come to believe that Tamra will appear in Season 15.

We suppose that it’s always possible, but there have been no credible reports of that so far.

But we haven’t even heard any credible secondhand reports teasing Vicki’s return next year, in 2016.

It sounds like Bravo wanted Tamra gone for a little while to reshuffle the show’s dynamic.

But it also sounds like as far as the management is concerned, Vicki’s Real Housewives career is over … for now. 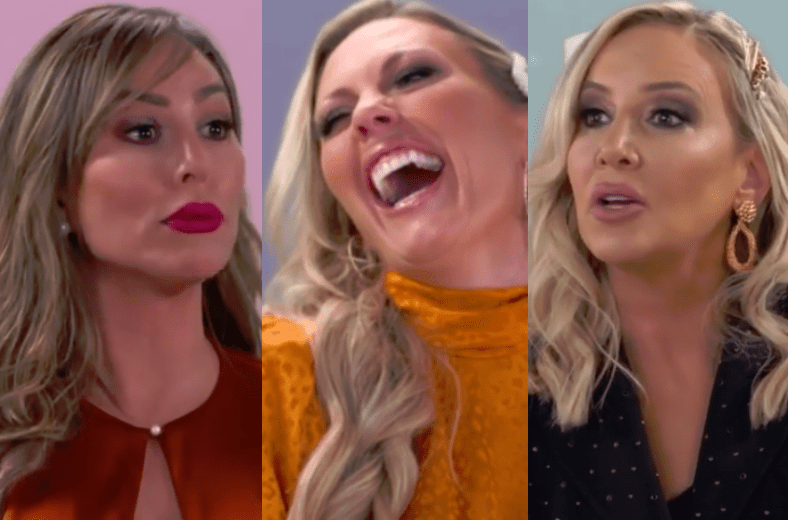 The Real Housewives of Orange County: Who’s REALLY Coming Back for Season 15?