Jim Bob and Michelle Duggar are best known for having a lot of kids.

And for having started a reality TV franchise.

And also for covering up their sons’ molestation of their daughters many years  ago.

But perhaps the polarizing husband and wife should actually be known for one other thing above all else:

Their prowess in the real estate game.

The 19 Kids and Counting alums just sold their home in Arkansas for a gigantic profit, according to Realtor.com, turning a $230,000 purchase into a $1.53 million sale.

They accomplished this prosperous feat by famously renovating their 10,000-square-foot home (known as the Baylor Mansion) in the town of Springdale after buying it on the cheap back in 2014.

The residence has been completely transformed ever since the parents of 19 bought it.

Official records list the mansion as having four bedrooms and nine bathrooms (five full and four half) at the time of sale, adding that Jim Bob and Michelle netted $1.3 million in the process.

People Magazine reported that the resiidence was first put on the market in May of 2019 for $1.8 million, listed by April Hamm with Keller Williams Market Pro Realty.

The price was then lowered to $1.1 million within six months.

In December of 2019, Jason McClure and Tom Joseph of Weichert Realtors, The Griffin Company took over the listing, and Jim Bob and Michelle chose to bring in interior designers to furnish the space.

This same publication confirms that the house then went back on the market for $1.38 million with furnishings… and sold in mid-February for over asking.

This sale included an additional plot of land next door.

Long before Jim Bob and Michelle struck it big on the small screen, they were into the business of flipping houses.

“They’ve always looked for opportunities where they could improve something,” a family representative once told People, adding:

"They like the construction business, the remodel, and seeing something go from bad to good — from unused to being attractive for others.”

For their part, Jim Bob and Michelle haven’t really discussed this side of their professional or personal lives in public.

Instead, Jim Bob has simply been making headlines for feuding with his loved ones.

Of late, he’s been especially trashed by Derick Dillard, who alleges that Jim Bob lied about how much money was due to his kids for their roles in 19 Kids and Counting.

Dillard has been very open about the way he was allegedly mistreated by Jim Bob, but we somehow doubt Jim Bob cares much.

He’s probably just sitting back and counting his money right about now. 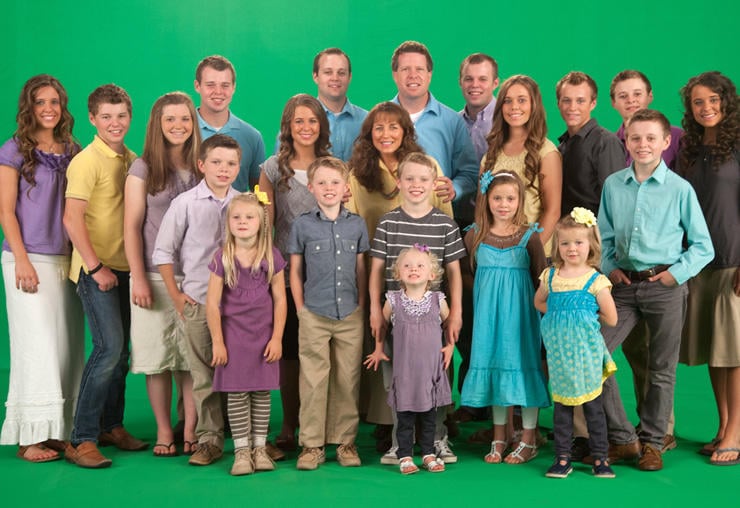 The Duggars’ Net Worth Rankings: Who’s the Richest of Them All?