90 Day Fiance couple Paul and Karine Staehle are divorcing. All divorce is complicated, but their precious baby is making this process so much harder.

Now, Paul has taken to social media to raise the alarm that his son is simply unsafe with Karine and her family. This is upsetting.

"Tomorrow, I board a boat to Manaus to fly home," Paul Staehle’s mournful Instagram Story begins.

He writes: "I will miss Pierre very much."

"There is no Western Union or Moneygram to send money here," Paul informs his fans and followers.

As sad as this is, what Paul shares next is positively alarming.

"Seeing Pierre on a motorcycle being carried around with no protective gear has me seriously on edge," Paul reveals.

"But," he continues, "Karine says I have to respect her culture."

Paul explains: "Here, babies on motorcycles with no protective gear is very common."

Well, at the risk of sounding culturally insensitive, that sucks. Culture and traditions are great right up until it endangers safety.

"Mosquitoes are much more intense [than] I remembered," Paul observes.

He concludes: "The lack of air conditioning has me famished."

Famished is of course not the correct word unless overheating in nightmare temperatures makes Paul hungry.

But we can understand that. My brain starts melting at 70 degrees Farenheit. In the upper 80s and 90s, where Paul is, we’re surprised that he can write.

Paul and Karine have had a number of "breakups" during their tumultuous and toxic relationship.

An older, deeply weird man from America traveling to Brazil to court a much, much younger woman was bound to have problems.

And that was before fans learned about Paul’s troubled criminal history.

It was also before fans saw Paul put on a condom before going swimming, out of fear of urethral intrusion by the candiru asu.

Somehow, the two overcame their language barrier enough to get married, but that was not the end of their drama.

Paul publicly accused Karine of chatting with other men (and worse) to get money from them.

When Karine became pregnant with baby Pierre, most of the 90 Day Fiance fandom hoped that they had put their drama behind them.

The pair were even spotted together in the United States, where it was hoped that they would make their home to give Pierre his best chance.

But earlier in November, Paul complained that Karine was divorcing him and taking their son with her up the Amazon.

Karine even confirmed that she had filed for divorce, initiating the process.

Divorce is seldom fun or stress-free, but it becomes a deeply serious matter when a baby is involved.

Paul’s concerns about Pierre’s health and safety could come up during the divorce and during a custody fight.

Motorcycles are dangerous enough for adults. Barring an improbable emergency, no child, let alone an infant, should ride one.

Cultural sensitivities are wonderful things. But, as we stated, a child’s safety always takes priority.

We have no idea what custody court is like in Brazil. In the US, contested custody cases usually award victory to the father.

It is our hope that Pierre gets the best outcome for his health, safety, and future. Whatever happens, we hope that his parents put him first. 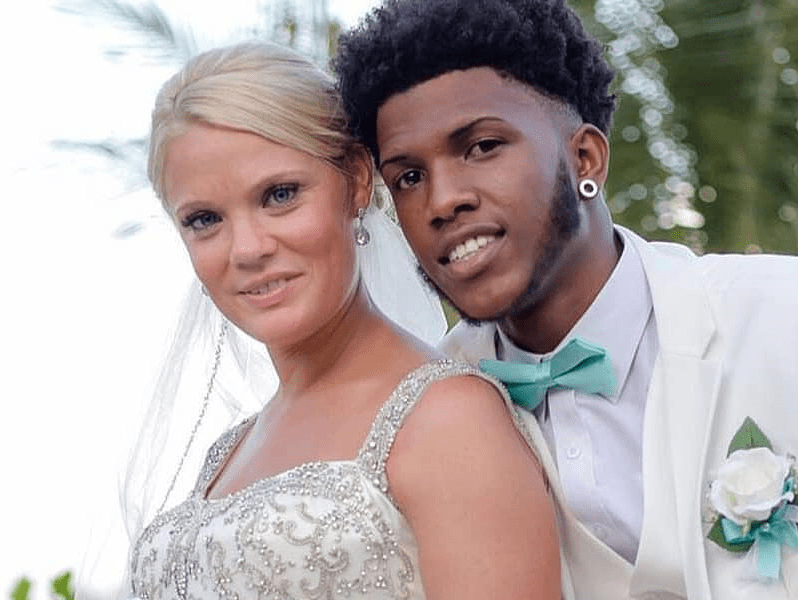