Despite Emily Simpson’s past insistence that her rude husband Shane is sometimes nice, fans have not been impressed by his behavior.

However, this week, Emily underwent a much-anticipated major surgery and is already experiencing an agonizing recovery.

It turns out that Shane is really stepping up and trying to make amends.

An inside source tells RadarOnline that Shane Simpson is far from the condescending douchecanoe that viewers have seen on TV.

"He took her to the hospital, watched the kids,” the insider says of his actions while Emily underwent her hip replacement surgery.

The source opines: “He’s such a good dad."

"Five kids and he’s always with them," the insider adds. "Picking them up, shuttling them around, and making lunches."

"It’s been brutal,” the insider says of the heated backlash from fans that Shane has received over his on-screen behavior.

“But being on the show was a dose of self-awareness he needed," the source shares.

"Things have been good," the insider adds.

According to the source, as a result of seeing himself on TV and hearing how he is perceived: "He’s really changed."

It sounds like Emily is thrilled with this alleged New Shane.

And despite his on-camera displays of disinterest, it sounds like fans shouldn’t worry about him leaving Emily.

"He would never leave Emily," the source insists. "He’s obsessed with her."

It sounds like Shane is being held to a pretty low standard here, but that’s pretty much the norm for the husbands of Real Housewives.

This source is bragging about the guy fulfilling the most basic requirements of someone who’s involved in a committed relationship.

We guess it’s a step in the right direction.

But maybe let’s not go pinning a medal on dude just yet, ya know?

Emily underwent the long-anticipated hip replacement surgery, but her recovery has not been easy.

"Last night was tough," she writes in her Instagram Stories. "I barely slept."

"I don’t think my pain meds are strong enough," she adds. She may be right — opioid hysteria has led doctors to under-prescribe needed medication.

"Annabelle slept in the bed with me and rubbed my arm and brought me water all night when I was thirsty," Emily says of her 6-year-old daughter.

"Poor Shane had to help me to the bathroom three different times," she adds. "And he barely got any sleep."

Anyone whose surgery impacts their mobility may need to be physically helped to go to the bathroom, and that’s no fun for anyone.

"Ugh," Emily concludes. "This is tough."

We do sort of question some of the "defense" of Shane, describing how he drives the children places and prepares their lunches.

Contrary to what some may believe, men don’t get extra points for doing basic parenting stuff.

Moms certainly don’t receive standing ovations and special praise for handling the bare minimum of their responsibilities as parents.

They’re just expected to, and dads shouldn’t be coddled just because outdated social norms considered mothers to be the caregivers.

Obviously, that is not to say that Shane isn’t doing a good job with the kids or doing right by Emily these days.

While reality TV can and has killed marriages, sometimes, seeing yourself being a huge dick on TV is exactly what you need to correct your behavior.

People often don’t see themselves as others see them, but Shane has had an ugly look in the mirror.

We’re glad that he had this wake up call. We hope that Emily’s recovery gets easier very soon! 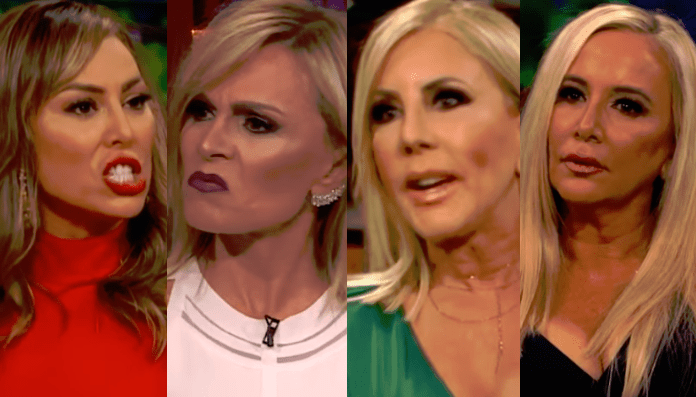