During the filming of the 90 Day Fiance: The Other Way Tell All special, Corey Rathgeber saw a video that shook him to his core.

After seeing it, he blocked Evelin Villegas on social media and went to celebrate his birthday with his family in the US.

Now, however, it appears that Corey and Evelin may have made up. Are they really back together?

On the morning of Monday, September 30, Evelin Villegas shared this image of her and Corey enjoying the majesty of nature.

"I hate hiking but love @coreyrathgeber_90," she writes in her caption.

Notice the present tense of love, folks. At the very least, she’s not ready to move on.

"We are only 2 episodes away for our season to be over," Evelin adds. "Watch it tonight!"

The snap was taken some time ago (and was snapped in Oregon), but simply sharing it shows some of Evelin’s state of mind.

That post is only one piece of the puzzle that has fans suspecting that she and Corey are back together, however.

Because Corey saw the fateful video at the Tell All taping, which will not air for weeks, this breakup was less than public.

However, one very visible sign was that the two appeared to unfollow each other — meaning that Corey blocked Evelin.

He blocked her on his birthday, no less, making it clear that he didn’t want to see her face or hear from her in his DMs.

Folks, Corey and Evelin are following each other on Instagram again.

How do we know? Because followers are publicly visible, and look what happened just a couple of days ago:

Shoutout to 90 Day Fiance blogger John Yates for noticing and sharing a screenshot of what went down over the weekend.

Corey could have simply unblocked Evelin.

Instead, they re-followed each other. We can only imagine how much heavy conversation came before and after that decision.

Now, sometimes people who break up decide to end things on good terms or even remain friends.

But combined with Evelin’s very positive sounding post, a lot of fans think that Corey is taking her back.

Early on 90 Day Fiance: The Other Way, there was drama regarding Corey’s concerns about Evelin and her ex-boyfriend.

For whatever reason (drama, drama is the reason), producers elected to, at the Tell ALl, show Corey footage of Evelin with said boyfriend.

We don’t know exactly what they showed him, but he reportedly burst into tears and had something of an emotional breakdown.

Corey had to sign a mental health waiver before they showed him, and producers had a therapist on standby so that Corey could process what he had seen.

Days later, on his birthday, he blocked Evelin. It seemed that their love story was over.

But while many fans may dislike Corey and consider her mean or ungrateful towards Corey, it’s been very clear that he loves her.

Their relationship has lasted for years.

Most viewers in the US probably wouldn’t be willing to live in Engabao, Ecuador.

(I wouldn’t — I like my internet lightning-fast, my water hot, my weather cool, and my streets free of literal pigs)

But Corey was prepared to give up his life in the US to live with the love of his life.

Maybe he still is. 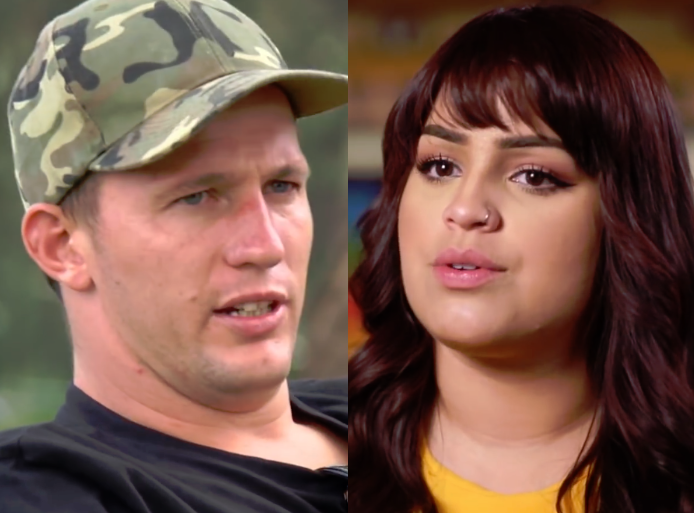