The past is about to come back and haunt Jordyn Woods.

But at least she knows that it’s coming.

In a new trailer for the two-part Keeping Up with the Kardashians season finale, viewers get to see Khloe Kardashian and her family react to the news that rocked their world several months ago.

Yes, Woods really did make out with Tristan Thompson after a gathering at the basketball player’s house earlier this year.

This scandalous incident happened long while back, of course, but episodes are filmed way in advance of when they air — which means Woods will once again be thrust into the national spotlight this Sunday night.

Here’s a look at what’s to come:

In a scene that totally happened naturally and which wasn’t at all staged, Kim answers the phone during a confessional featured in the footage above and asks:

"Tristan and Jordyn were all over each other last night," we hear in a voiceover.

We also get glimpses of Khloe crying in bed, her universe simply collapsing all around her after discovering that Tristan has cheated on her. AGAIN.

How does Woods feel about her most salacious act being brought up once again?

She has no real choice at this point but to be as relaxed and profound about it as possible.

Woods, who has been best friends with Kylie Jenner for years, has admitted to kissing Thompson back when he was still dating Khloe.

She has strongly denied, however, that she slept with Tristan or that she initiated the contact between their tongues.

"Never once was I giving him a lap dance, making out with him, sitting all over him," Jordyn told Jada Pinkett Smith in response to the scandal during an appearance on her Facebook Live show this spring.

"We’re all together, in a group, never once did we leave the public area, go to a bedroom, go to a bathroom. We’re all in plain sight," she explained of what transpired.

Woods did confess at the time to sitting on the arm of a chair Tristan was sitting on and draping her legs over has at one point.

"If you’re looking for a story, I can understand why that would be the story," she said. "We all were just dancing and having fun … but never anything intimate."

Angry at the time, Khloe, wasn’t buying any of it, Tweeting:

"Why are you lying @jordynwoods ?? If you’re going to try and save yourself by going public, INSTEAD OF CALLING ME PRIVATELY TO APOLOGIZE FIRST, at least be HONEST about your story.

"BTW, You ARE the reason my family broke up!"

She later took back this last comment and placed all the blame for her family breaking up on Tristan himself.

Which is not to say that Woods didn’t eff up as well. Or that Khloe is letting her totally off the hook.

"I knew who he was," Khloe says to Kylie in a scene from this Sunday’s episode, referring to Thompson… and then to Woods:

"I never in a million years thought that’s who she was." 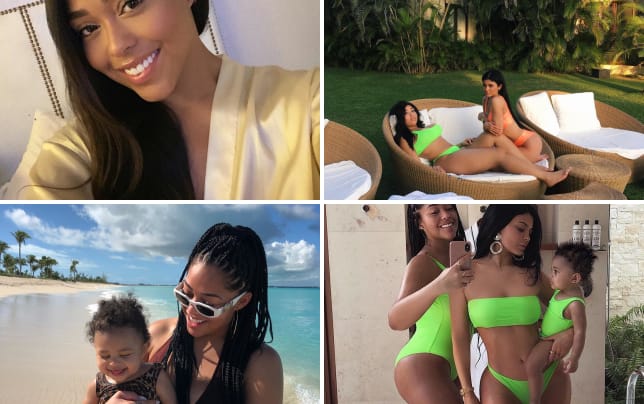