One week after becoming a mother for the third time, Jessa Duggar has opened up about giving birth to her brand new daughter.

And she’s giving us a fresh look at little Ivy Jane Seewald in the process.

“I am feeling great after this birth,” Jessa said in a TLC-produced video today, sitting alongside her third child and her only husband, Ben Seewald.

The reality star then divulged a few details about her delivery and labor — but she refrained from going into too many of the very personal tidbit.

“It was very quick. My water broke at 8:30 in the morning, but I didn’t have any contractions until 2:30 in the afternoon," she said.

That actually is a short period of time for one to be in labor, although we’re sure time passes rather slowly when one is in that position.

As for why Jessa and Ben selected the name Ivy Jane?

Seewald said that they agreed awhile back and saw no reason to make any changes.

He also explained that there’s not a ton of significance in these names.

"We just liked those two names… we actually had the name picked out before she was born," Ben says in this same video, referencing a former Queen of England named Lady Jane as inspiration.

He never elaborates much beyond that, but whatever:

Ivy Jane really is a pretty name, isn’t it?

Upon announcing the arrival of their sister, Jessa remarked on the size differences at birth of these siblings.

“She feels so tiny compared to her siblings,” she todl Us Weekly several days ago, adding:

“We’re so grateful to God for this precious gift. She is already so loved. Her big brothers adore her!”

It’s clear from the video just how loved Ivy truly is; consider what Ben says of his daughter while talking to the TLC camera:

“Holding little Ivy for the first time was a really special moment for me. I was kind of taking it all in. …

"The other day the thought occurred to me, ‘Wow, I could be walking her down the aisle someday.’”

The famous couple confirmed back in January that they were set to have a baby once again.

“We are overjoyed that God has blessed us with a baby, due late this spring!” the then-pregnant Jessa said at the time.

“From the day we found out we were expecting, we both guessed boy, and if our predictions are right then we already have a ton the clothing and accessories ready to pass down!

"At the same time, we would absolutely love it if we found out we were having a girl — though we’ve joked that we’d be starting from square one and might have to learn a few things."

Welp, it looks like they’ll need to start right back from that first square.

So far, though, they seem to be adjusting just fine to it. 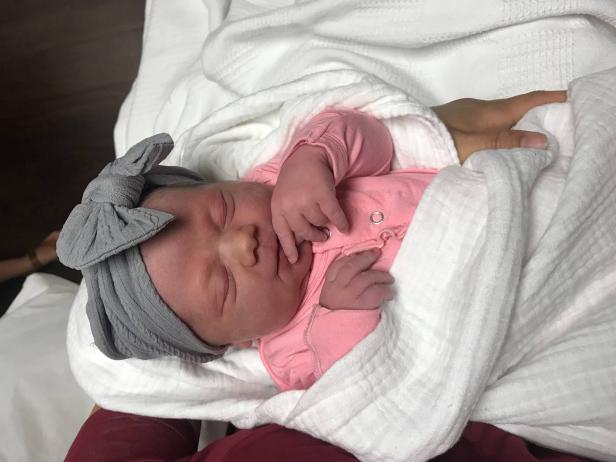