For years, we were told on Game of Thrones that Jon Snow knows nothing.

But the actor behind this legendary character has now turned the tables and basically said the same exact things to critics of the HBO drama.

In the wake of the polarizing Game of Thrones finale, Kit Harington has come out and sent a very pointed message to anyone who thought less of this episode…

… and/or the final season in general.

“How I feel about the show right now is quite defiant," the star told Esquire in a just-released interview, explaining in more detail:

" I think no matter what anyone thinks about this season – and I don’t mean to sound mean about critics here – but whatever critic spends half an hour writing about this season and makes their [negative] judgement on it, in my head they can go f-ck themselves."

Why does Harrington feel this way?

"‘Cause I know how much work was put into this,” he replied.

The finale was a trainwreck, there’s almost no debate about this takeaway.

It was simply an awful episode of television.

But viewers have been against Season 8 as a whole for the most part, pointing to rushed, illogical storytelling in the form of Dany suddenly becoming a homicidal maniac and Jaime returning to Cersei after sleeping with Brienne.

“I know how much people cared about this," Harrington continued about the final season.

"I know how much pressure people put on themselves and I know how many sleepless nights working or otherwise people had on this show. 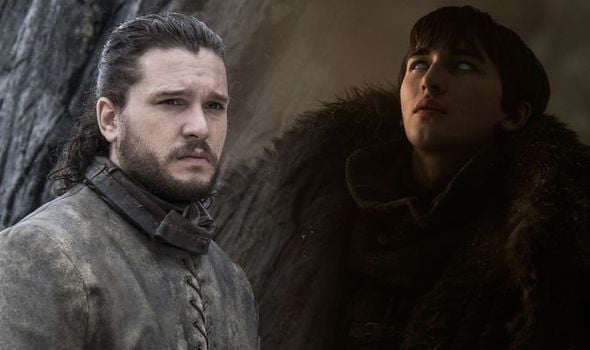 Game of Thrones: 19 Questions We Have About That Terrible Finale

There’s a good chance here that Harington is mostly talking about the Game of Thrones petition that has been going around.

It has amassed close to one million signatures and it has called for HBO to hire a new batch of writers and reair and entire new eighth season at some point in the future — a notion that is totally absurd and very disrespectful to all involved.

“If people feel let down by it, I don’t give a f-ck, because everyone tried their hardest," Harringon added.

"That’s how I feel. In the end, no one’s bigger fans of the show than we are, and we’re kind of doing it for ourselves. That’s all we could do, really.

"And I was just happy we got to the end.”

In the concluding episode, Harington’s Jon Snow killed Emilia Clarke’s Daenerys after telling her she’d always be his queen and kissing her.

It was a fairly predictable development after Daenerys set fire to all of King’s Landing a week before.

Sophie Turner, meanwhile, the actress behind Sansa, agreed with Harrington when the topic of the petition was broached.

“All of these petitions and things like that… I think it’s disrespectful to the crew, and the writers, and the filmmakers who have worked tirelessly over 10 years, and for 11 months shooting the last season. Like 50-something night shoots,” she  said in an interview with The New York Times.

“So many people worked so, so hard on it, and for people to just rubbish it because it’s not what they want to see is just disrespectful.”

We agree with this sentiment.

What did YOU think of the Game of Thrones finale? Vote here: